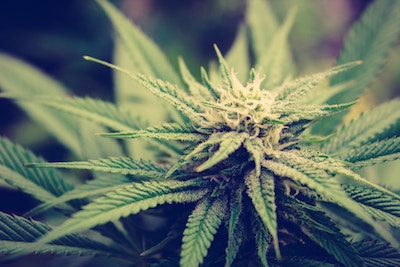 Recent research by A.T. Kearney into American and Canadian consumer attitudes toward legalized cannabis revealed that more than three-quarters (76 per cent) would try medicinal cannabis products and about half would try cannabis-enhanced consumer products such as snack foods (55 per cent), nutritional supplements (50 per cent) and cosmetics (43 per cent).

While North American attitudes toward marijuana are relaxing almost as quickly as the laws that regulate it, what may be unexpected is how many consumers indicate their readiness to test legal cannabis products and their positive attitude toward brands that would bring them to market. Randy Burt, a partner in A.T. Kearney’s consumer and retail practice, said “the survey clearly demonstrates the viability of the market for cannabis across multiple consumer segments – CPGs and retailers focused on health and wellness, snacking, functional food and beverage, and beverage alcohol need to have a perspective on how they will approach the cannabis opportunity ”

This new and groundbreaking study of 2,000 American and Canadian consumers’ attitudes toward marijuana and cannabis-based or infused products found over half of respondents willing to try recreational cannabis when, or if, it becomes legal. The survey indicates that health and wellness, beauty and personal care companies introducing products with cannabis ingredients would see an improvement in public perception—overall, 85 per cent of respondents said they would have an improved or neutral perception of their favorite brand if it were to launch a product containing cannabis.

Among the study’s key findings:

* Overall, 76 per cent of respondents said they would be likely to try a legal therapeutic product infused with cannabis

* Consumers are most likely to try cannabis in foods, supplements, and cosmetics or skincare products

* Of those individuals who said they would try recreational cannabis, most would consume it in place of beer

For companies, releasing a cannabis product does not diminish consumer perception

The plant’s properties as an intoxicant are well known, but the market for cannabis products that don’t produce a sense of euphoria (or “high”) may be even larger than the recreational market. A.T. Kearney’s study found that over 75 per cent of respondents were aware that cannabis has beneficial but non-psychoactive components. Across all age groups, approximately 80 per cent agreed or strongly agreed that cannabis products offer wellness or therapeutic benefits.

While a strong majority (79 per cent) of consumers surveyed believe the products have therapeutic properties, they want to be able to trust the companies bringing them to market. Nearly three-quarters of U.S. and Canadian respondents (72 and 73 per cent, respectively) indicated that brand was very or somewhat important in assessing the quality and safety of products derived from, or infused with, cannabis.

When asked, “How would you perceive your favorite brand if they launched a product containing cannabis?” 86 per cent of American and 84 per cent of Canadian respondents indicated their perceptions would be improved or would not change. Drilling down on those sentiments revealed almost half of all respondents (49 per cent) said they would buy more frequently from brands offering cannabis products; 46 per cent would feel more loyal to those brands; 36 per cent felt that the brands would better represent their values; and 42 per cent would see brands bringing cannabis products to market as “innovative or trendy.”

For this study, A.T. Kearney surveyed 1,000 U.S. and 1,000 Canadian consumers, from various demographic and economic backgrounds, who had an awareness of the term “cannabis.”