What’s that smell exactly? The e-nose can tell you 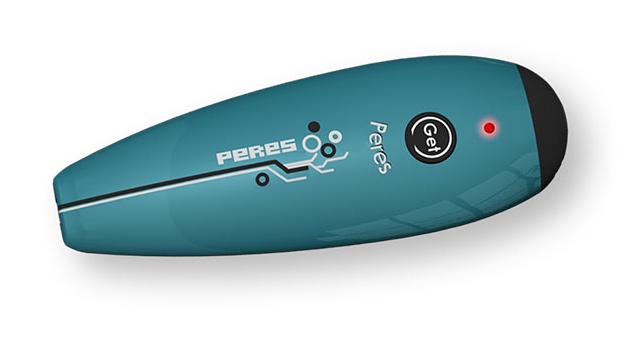 That’s often been most people’s contingency plan when it comes to food safety. But there are still risks involved. Smell and colour aren’t always accurate indicators.

So what if you could eliminate all doubts about food safety and the food you eat?

According to the makers of the Peres, an electronic nose, it is possible. The e-nose, say it’s creators, can determine the quality of meat, poultry and fish.

The start-up company behind the innovation says its use will help reduce the risk of food poisoning. Consumers can purchase the unit right now, though it won’t be shipping until this July, from the company’s website for US$120.

The device is portable and can detect if a product:

• is fresh
• is hazardous to health
• could cause food poisoning
• has been left un-refrigerated for some time.

The company says more than 100 different volatile organic compounds (VOCs) can be detected in the near vicinity of decomposing beef, pork, poultry and fish – some of which can be used as indicators of freshness.

The Peres has four types of sensors: temperature, humidity, ammonia and VOC sensors.

To operate the device, the user just simply directs it towards the food product and clicks a button.

The device uses Bluetooth technology to transmit data to the user’s smartphone or tablet, which displays detailed results with recommendations regarding the safety of the product.

Peres sensors detect volumes of VOCs in the sample and readings are then adjusted taking into account temperature and humidity. These data are used to calculate findings and results.

The creators say the Peres has an accuracy of 80 per cent to 95 per cent, says USAToday.com. A green light on your smartphone or tablet means it’s good to eat, yellow is potentially risky and red is a clear warning.

The technology itself isn’t that new; it has been used in industrial settings to test freshness. But, says USAToday.com, it’s about the size of a coffee machine and can cost up to US$15,000. The Peres can fit into your pocket.

The World Health Organization says more than 200 diseases are spread through food and one out of every three people living in industrialized countries may be affected by foodborne illness each year. For these reasons and many others, the company says the Peres is needed.