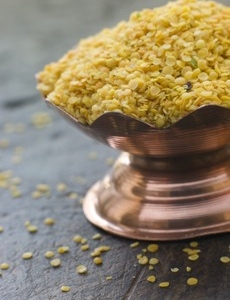 There have been new developments in a University of Manitoba project that’s examining the antimicrobial properties of mustard in meat products.

Rick Holley, professor of food microbiology and food safety in the Department of Food Science at the University of Manitoba, is heading up the project. Cold mustard flour can be toxic

On Oct. 10, Holley wrote about his work in the Winnipeg Free Press, where he explained that his team found that if they used “cold mustard flour (treated with heat so it is no longer spicy) as an ingredient in fermented sausage or ham, if any E. coli 0157:H7 are present they will digest the flour to obtain glucose from it. Inadvertently, they create isothiocyanates, which are toxic to the bacteria, and they essentially commit suicide during product manufacture.”

What’s interesting about this, Holley told Food in Canada, is that up until now they believed “the enzyme activity that generated the antimicrobial stuff came from the meat in these uncooked dried sausages. But that doesn’t seem to be the case. It seems as if the bacteria themselves are involved in generating the enzymes.”

Holley explains that when industry adds mustard to cooked meat products as a binder rather than as a spice, they use a thermal treatment to kill the enzyme that is found in the mustard. This enzyme is also found in cabbage family plants, horseradish and mustard and occurs as a natural defense mechanism.

Holley’s team took this material that had been heat treated to kill the enzyme and then added it to raw meat that’s used in the manufacture of dried sausages and ham. What they found was the enzyme activity was restored.

The team’s search has been to find where this came from and that led them to look at the starter cultures that they were adding to ferment the sausages. And they found it there. But found more in the E. coli.

“So we’re trying to explain this by saying that the E. coli goes at this blindly and sees that in part there’s some energy that they can get from [the glucose in the heat-treated material] and so they hydrolyze the compound and then they get whammed by the isothiocyanates that are split off along with the glucose,” says Holley.

“I don’t think they particularly want to do that,” adds Holley, “but we’re going to take advantage of it.”

The project is being funded by a Natural Sciences and Engineering Research Council of Canada strategic grant.