The Government of Canada has announced that it is cracking down on those who mistreat and improperly transport livestock.

The government will double current fines – the first increase in more than 10 years.

Effective immediately, administrative monetary penalties (AMPs) of up to $10,000 can be imposed – more than doubling the previous maximum penalty of $4,000 – on those who violate the Health of Animals Act.

The Canadian Food Inspection Agency (CFIA) will now be able to impose the new fines.

The CFIA also retains the ability to increase fines by up to 50 percent of the maximum fine for repeat offenders and will have the ability to look back into the past five years, instead of three years, of the offender’s history.

For example, if an offender commits his second very serious violation within five years, the CFIA will now have the ability to impose a fine of up to $15,000, instead of the previous maximum of $6,000.

The AMPs system was developed as an efficient, effective enforcement tool. AMPs may be issued for violations of the Health of Animals Act, which includes requirements for animal welfare during transport. These increases will also be applied to the Plant Protection Act to deal with violations such as the importation of prohibited plants.

In addition to these improved AMPs, the CFIA continues to work with animal welfare experts and industry leaders to update the Health of Animals Regulations governing livestock transportation to reflect the latest science and industry practices. 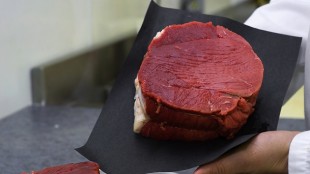 CFIA could have power to fine meat plants for violations