Researchers find a way to use a printer to detect toxins 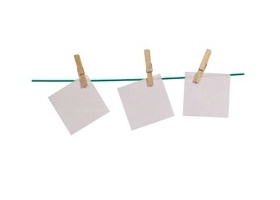 Researchers at McMaster University in Hamilton may have found another use for an inkjet printer.

According to the McMaster website, inkjet technology may soon be used to develop paper-based biosensors that can detect and possibly deactivate certain harmful toxins that can cause food poisoning or be used as bioterrorism agents.

The research team, headed by John Brennan and also working with the Sentinel Bioactive Paper Network, published a paper in the July 1 issue of Analytical Chemistry.

How to print biosensors on paper

In the paper, the team describes a method for printing a toxin-detecting biosensor on paper using a FujiFilm Dimatix Materials Printer.

The process, reports a press release, involves formulating an ink, like the one found in computer printer cartridges, but with special additives to make the ink biocompatible.

An ink comprised of biocompatible silica nanoparticles is deposited on paper, followed by a second ink containing the enzyme. The resulting bio-ink forms a thin film of enzyme that is entrapped in the silica on paper.

When the enzyme is exposed to a toxin, reporter molecules in the ink change colour in a manner that is dependent on the concentration of the toxin in the sample. The process is similar to that of a home pregnancy test.

This method of adhering biochemical reagents to paper is expected to bring the concept of bioactive paper a significant step closer to commercialization, says the McMaster site.

The goal for bioactive paper is to provide a rapid, portable, disposable and inexpensive way of detecting toxins, pathogens and viruses.

The research showed that the printed enzyne retains full activity for up to two months when stored properly.