Producers of white colonies on kimchi surface, mistaken as moulds, have been identified 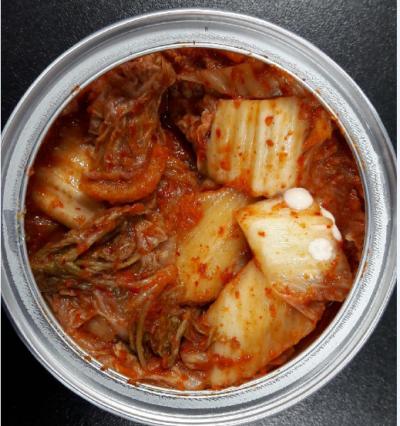 WiKim (World Institute of Kimchi, General Director, Dr. Jaeho Ha) reported that the white colonies on the surface of kimchi is not formed by moulds but by “yeasts” and that genomic data was acquired regarding the hygienic safety of the yeast strains.

This report is based on a study conducted by Dr. Tae-Woon Kim and Dr. Seong Woon Roh’s team at Microbiology and Functionality Research Group of WiKim, on yeasts causing white colony on kimchi surface and on their hygienic safety. The study involves a next-generation sequencing (NGS) approach to the collected white colonies from the surface of kimchi samples: such as cabbage kimchi, mustard leaf kimchi, young radish kimchi, and watery kimchi.

*NGS: Also known as high-throughput sequencing, used to describe a number of different modern sequencing technologies, allowing us to sequence DNA and RNA much more quickly and cheaply than the previously used Sanger sequencing for the study of genomics and molecular biology.

The findings of this study were published in the latest online edition (Oct. 2018) of the Journal of Microbiology, an international academic journal.

In general, yeasts produce alcoholic and aromatic compounds that help generate the flavour of fermented foods; hence, they are frequently used in making bread or rice wine. Kimchi is primarily fermented by lactic acid bacteria rather than yeasts; however, during the later phase of fermentation, when the activity of lactic acid bacteria is decreased, a white colony on kimchi surface is formed by yeasts. The white colony is often observed on the surface of moist fermented food products including soy sauce, soy bean paste, rice wine, and kimchi.

Furthermore, whole-genome sequencing of the five yeast strains confirmed that they do not have known toxin-related genes.

This study is unique, since it is the first report to analyze diversity of microbial community structures and whole-genome sequence of white colony-forming yeasts on kimchi surface using NGS technology. In the future, WiKim intends to disseminate this genetic information regarding white colony-forming yeasts on kimchi surface in the Genome Database of Kimchi-associated Microbes, GDKM and to perform additional studies such as toxicity tests based on animal experiments to verify the safety of the identified yeasts and to develop methods to prevent their formation.

In order to prevent white colony formation, the surface of kimchi should be covered with a sanitized cover or be immersed in the kimchi soup so that the surface of kimchi is not exposed to the air. Furthermore it is advised to maintain kimchi at a storage temperature below 4°C. Upon formation of white colony on kimchi surface, it should be skimmed off and the kimchi should be washed and heated before eating.

The General Director Dr. Jaeho Ha at WiKim said, “This study is significant in that it has scientifically identified white colony-forming yeasts for which the people used to have vague anxiety and it is a step forward toward the alleviation of the anxiety for hygienic safety of kimchi.”