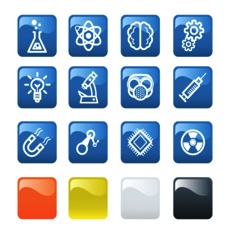 Magnetic levitation was developed with the goal of revolutionizing high-speed rail, creating a fossil-free train. But the high cost and lack of existing infrastructure has made the new trains too expensive to commercialize in North America.

Now, a group of Harvard scientists is putting that same technology to work analyzing the density of food and beverages. The resulting study appeared in the June issue of the Journal of Agricultural and Food Chemistry, written by Katherine Mirica, Scott Phillips, Charles Mace and George Whitesides.

Using the same magnetic levitation principle, the study involved an ice-cube sized sensor filled with fluid and with magnets at each end. Tiny samples of food or beverages were placed in the sensor. By tracking the distance the samples migrated through the fluid scientists could measure their relative density – the higher the fat content, the higher the materials levitated toward the top magnet.

Other technology currently being used to measure food density can be large and expensive, and often requires highly specialized technicians to interpret the results. According to the results of this new study, magnetic levitation could one day offer a cheaper, more practical alternative.