Food safety: Up against the wall 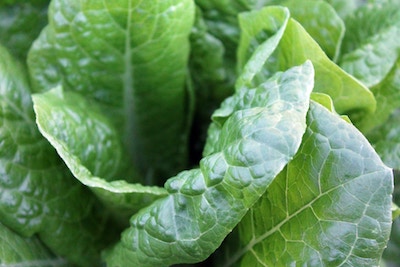 The following is an op-ed by Sylvain Charlebois, Professor in Food Distribution and Policy, Faculties of Management and Agriculture, Dalhousie University

The government shutdown in the U.S. appears to be affecting many aspects of government, including food safety. The Food and Drug Administration (FDA), which is responsible for 80 per cent of all food facilities in the U.S., announced recently that it has had to make changes to its daily operations. The United States Department of Agriculture (USDA), responsible for the 8,000 meat packing plants in the country, and which has made no comment yet, is also affected. Despite words of reassurance coming from Washington, we do have reason to worry if this stalemate drags on.

The Canadian agri-food economy is highly vulnerable, especially during the winter months. Canada is by far the largest destination for U.S. exports of high-value agricultural products, with a 26.4 per cent market share in 2017 and a value of US $16.2 billion. More than 44 per cent of our imported fruits and 62 per cent of imported vegetables come from the U.S. Based on these numbers alone, it is safe to say that food safety governance and practices in the U.S. matter to Canadians.

The partial government shutdown in the U.S. that began on December 22nd has caused the Food and Drug Administration (FDA) to suspend routine food safety inspections due to a lapse in federal funding. Since then, the FDA has issued statements to reassure consumers and the industry that the agency is operating to the best of its abilities.

The FDA is correct. If we only look at inspections, there is no need to worry. Where meat is concerned, most plants are autonomous and have inspectors on the payroll. Regular audits are conducted, so there is no need for daily inspections by the USDA. The same rules apply to the FDA. Most facilities are inspected every other year and weren’t scheduled to be inspected during the government shutdown. So inspections won’t be affected by what’s happening in Washington, but that doesn’t mean that food safety compliance across the industry is not compromised — far from it.

The government shutdown has hampered the ability for both the USDA and the FDA to provide regulatory oversight for a system that feeds millions of people around the world, including many Canadians. Any outbreaks or emerging issues won’t be assessed or addressed until everyone goes back to work.

One example is the romaine lettuce disaster California is dealing with right now. Regular and unannounced audits are conducted by the industry. They conduct hundreds every year. But for some reason, the number of audits has dropped by 47 per cent since 2010, and the industry has yet to give any reason for this significant decline, despite the latest massive recall affecting leafy greens. Consumer confidence has been severely affected by the series of alerts and recalls, as Canadian grocers can’t even give away romaine lettuce these days. Proper regulatory oversight would get to the answers we need in order to learn from this incident and to make our food safety systems more robust moving forward.

When it comes to food safety, most of us tend to zero in on the number of inspections as a performance metric. It is naturally comforting to know the public regulator is out there protecting the public from what is often seen as the big, bad industry. In food safety, things are more complicated than that. The current gridlock in the U.S. is affecting a fundamental aspect of food safety governance.

Food safety regulators are likely unable to verify and validate data or to offer a systemic view on trends and potential threats to food industry. This is something most companies cannot do on their own. Most important, our own Canadian Food Inspection Agency (CFIA) has lost a partner for the time being. Regulators deal with regulators when outbreaks or issues come up. Without active agencies in the U.S., it becomes challenging for the CFIA to engage with Americans to resolve issues, and preferably before they happen.

The symbiosis between food safety regulators and industry is critical for any industrialized nation. As data is shared, potential future mistakes can be averted. The paralyzed U.S. government is preventing that from happening. Since the shutdown was predictable, most the work that had to be done at the end of the year and in early 2019 was taken care of. But as the situation continues, the chance for food safety to be compromised becomes heightened.

And all this for a wall. Potentially compromising the health of consumers for the sake of building a border wall is beyond ridiculous.