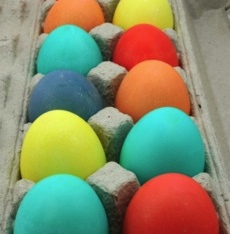 In its latest report Food Dyes: A Rainbow of Risks, the Center for Science in the Public Interest (CSPI) looks at several food dyes and outlines some of the health risks they pose. Those risks include cancer, hyperactivity in children and allergies.

The CSPI says these dyes should be banned and yet are still used in the industry.

CSPI says that manufacturers prefer to use the dyes because they are cheaper, more stable and brighter than natural colourings.

However, consumers’ growing preference for natural foods is leading some companies to either not add colourings or to switch to safe natural colourings.

That trend is stronger in Europe, but more and more manufacturers in North America are recognizing that an all-natural label can attract consumers.

Another dye, Red 3, has been acknowledged for years by the Food and Drug Administration (FDA) to be a carcinogen.

The CSPI says that despite the concerns, each year manufacturers “pour about 15 million pounds of eight synthetic dyes into our foods.”

According to CSPI, the rise in consumption is due in part to the proliferation of brightly coloured breakfast cereals, fruit drinks, and candies pitched to children.

CSPI also reports that Blue 1, Red 40, Yellow 5, and Yellow 6 have long been known to cause allergic reactions in some people.

And while those reactions are not common, they can be serious and provide reason enough to ban those dyes.

Furthermore, numerous studies have demonstrated that dyes cause hyperactivity in children.

On June 29, the CSPI sent a letter urging the FDA to ban all dyes because the scientific studies do not provide convincing evidence of safety, but do provide significant evidence of harm.