London, U.K. – A study has found that globally food companies need to improve the maintenance of their HACCP food safety plans.

That’s the top concern in a report compiled by the British Retail Consortium (BRC).

Each year the BRC – a safety and quality certification program – collects a vast amount of data and information as it conducts its Global Food Safety Standard audits.

Using all that data, the BRC compiles it into an annual report called Food Safety – A Global View. In 2012, the year upon which this latest report is based, the BRC conducted audits in 113 countries covering more than 16,000 food sites.

The other concerns that came up through the research, after HACCP, include:

• Building Fabric: A manufacturing facility’s interior needs to be suitable for food production and support effective cleaning and protect products from contamination. The most common non-conformity had to do with doors. Doors must be properly fitting, with correct closures and seals so that there are no gaps where pests could get into the building.

• Pest Control: Companies must have an effective preventative pest control program. Two types of inspection are also required: routine inspections of pest control measures and on-site surveys by an expert. Many companies don’t have the surveys completed or they’re not frequent enough or they lack sufficient detail.

• Housekeeping and hygiene: Often equipment was found to be insufficiently cleaned or not cleaned to standards defined by the company.

• Senior management commitment: Often management has not set objectives concerning food safety and quality or the objectives are not monitored or reviewing frequently enough.

• Maintenance: Often food companies could not show that there is sufficient cleaning and sign-off after maintenance is completed.

• Staff facilities: Often food companies did not have hand-washing facilities that fully met the requirements of the BRC standard.

• Internal audits: Often food companies don’t have in-depth and frequent enough inspections of the facility and equipment, or complete records when they were carried out.

• Glass, brittle plastic, ceramics and similar materials control: Many companies did not have complete lists of these items, so monitoring was incomplete.

• Traceability: Many companies did not have a complete internal system or didn’t apply their internal system completely and couldn’t always trace batches of packaging. Often labels and records are also incomplete.

How does Canada stack up?

In Canada food manufacturers received an A Grade rating or 76.1 per cent in 2012, which is three per cent higher than the global average, but eight per cent lower than the U.S.

Canada’s lag behind the U.S. can be explained by the fact that it had more audits in its first round of BRC certification.

Following the site audits, the suitability of Building Fabric emerged as the most dominant Non-Conformity group in Canada – three per cent higher than the global average.

Housekeeping and Hygiene, Doors and Chemical Control were the most regularly occurring three Minor Non-Conformities, in line with the global average.

The management of High Risk Areas and prevention of contamination was the most frequently occurring Major Non-Conformity, although there were only three instances of failed criteria here across all site audits.

In contrast to the rest of the world, Canada proved effective in developing systems to manage food safety hazards. In particular, Non-Conformities relating to Process Flow Diagrams (the most common HACCP Non-Conformity globally) appeared in less than one per cent of the Canadian audits. 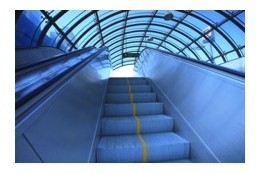 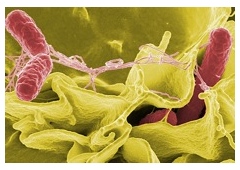