Last month I looked at a range of processes and ingredients used to enhance the safety of foods that are generally considered to be environmentally friendly, things such as disinfecting and cleaning, ozonated water, even bacteria and viruses. In addition, there is a fascinating array of “natural” ingredients that, when incorporated into food packaging materials or directly into products, have been shown to have some effect in controlling the growth of pathogens and spoilage bacteria in foods. This month we look at a few of them:

Nisin – A well-known antimicrobial produced by bacterial fermentation, nisin is effective against a broad spectrum of gram-negative bacteria such as L. monocytogenes. A composite biodegradable film of polyactic acid (made from corn starch) and pectin containing nisin has been shown to be effective in reducing L. monocytogenes in lab tests with beef, egg whites and orange juice. When coupled with EDTA, a common food additive/chelating agent used to stabilize oils, nisin can be effective in controlling gram-positive bacteria as well. A more exotic cocktail using nisin, EDTA, grape seed extract and malic acid incorporated into a whey-protein film was reported as being effective in controlling E. coli 0157:H7, L. monocytogenes and salmonella.

Chitosan – A natural biopolymer prepared by chemically modifying chitin, a natural polysaccharide found in the shells of crustaceans like crabs and shrimp. Chitosans are effective against bacteria, yeasts and moulds and have been tested in numerous foods and as seed coatings. Chitosan can also be combined with other natural anti-microbial products like the enzyme lysozyme to increase effectiveness.

Amphiphilic antimicrobial compounds – These potent, ultra-broad spectrum antimicrobial peptides are produced in response to infections by the cells of complex living organisms like mammals and fish. As the name suggests, these peptides can bond to both positively and negatively charged molecules on bacterial cell walls. They act directly on bacterial cell membranes. Early tests have shown that bacteria may not be able to develop resistance to these compounds. Some of the many applications under consideration include food packaging, food preparation surfaces, gloves for food handlers, clothing for hospitals and food handlers, paints and hoses.

Cationic antimicrobial compounds – This is a group of positively charged peptides similar in origin to amphiphilic peptides but which may only be effective against gram-negative bacteria. Herring are a natural source of these compounds.

Focus on Food Safety: Processes and Ingredients – Part I 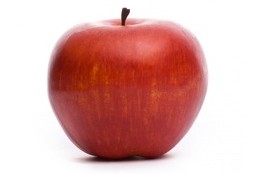