Chicago, Ill. – A U.S. organization has launched a new public education campaign to raise awareness of the role food science plays in the world’s food supply.

The Institute of Food Technologists (IFT) unveiled the campaign at its annual meeting and expo, which is being held this week in Las Vegas.

The campaign is called A World Without Food Science. Visitors can access a website of the same name – www.worldwithoutfoodscience.org.

IFT representatives kicked off the launch with a video that depicts how a grocery store would look without the existence of food science. The video starts off in black and white, showing empty shelves, rotten fruit, insect-infested grain and spoiled meat. The scene changes to colour when the voiceover explains how food science professionals make it possible to have food that is safe, flavourful and nutritious.

IFT says the campaign is a multimedia, national initiative featuring a series of videos that highlight how food science has responded to major food issues and provided positive solutions on a global scale.

To help illustrate this, there are also five separate video segments that feature interviews with experts from various food science disciplines to show the positive impact of food science on the public.

IFT representatives showed the first two video segments at a keynote address. One of the videos highlights the challenges surrounding availability of food and how the world will need to feed approximately nine billion people by 2050. The second video focuses on food safety and the important role of food science in ensuring that the food we eat is safe.

Another goal of the campaign is to reach and inspire students to pursue food science careers. 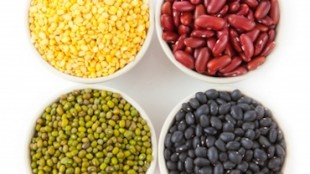