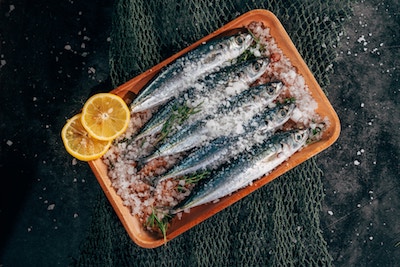 A biodegradable, edible film made with plant starch and antimicrobial compounds may control the growth of foodborne pathogens on seafood, according to a group of international researchers.

“We have the ability to develop a film with antimicrobial activity that can kill foodborne pathogens on food surfaces,” said Catherine Cutter, professor of food science, Penn State. “Given the recent outbreaks that we have seen with a number of food products, coming up with something that can be used by the industry to kill microorganisms on the surfaces of food is a noble area of research to investigate.”

Seafood may be contaminated with bacterial pathogens, such as vibrio and salmonella. Vibrio naturally occur in marine environments, and salmonella can contaminate seafood during production or processing. Both types of bacteria are linked to gastrointestinal problems when consumed. Because both types of bacteria can survive long-term freezing conditions, the contamination of these bacteria is a concern for the seafood industry.

Freezing does not kill bacteria. However, when freezing food, ice crystals can form from the water in food. The ice crystals, Cutter said, can act like “daggers” and pierce the bacterial cell wall, causing damage to the cell.

“Vibrio and salmonella are somewhat susceptible to freezing,” said Cutter. “So, if you treat bacterial cells with antimicrobials and then freeze them, the approach can be more lethal.”

The researchers from Thailand used a blend of thermoplastic starch, a biodegradable polymer made from cassava — tapioca powder, and a gelatin coating containing antimicrobials known as Nisin Z and lauric arginate (LAE).

The team of researchers in Thailand then created a “culture cocktail” of the bacteria and inoculated slices of tiger prawn and big-eye snapper. The experimentally-inoculated seafood samples were tested using different compositions of Nisin Z and LAE to see which variations would give the “best kill.” After dipping the samples into the edible film composed with antimicrobials, some of the slices were vacuum packaged and chilled for up to a month, and other samples were frozen for 90 days.

“If you’re going to make an edible film, you want to make a film that has similar properties to plastic,” said Cutter. “You want these edible films to be transparent because consumers aren’t going to buy something they can’t see, you want them to be flexible, and you want the film to mold to the food product. By using edible films, you are doing it in a way that is biodegradable.”

“How do you get the industry to change something they and consumers are so used to using?” said Cutter. “This research demonstrates, through proof of concept, that antimicrobial edible films work. So how do we get this type of packaging into a commercial application? That’s the next logical step in the progression of this type of research.”

The team’s findings will be published in a paper issue February of 2019 in International Journal of Food Microbiology.