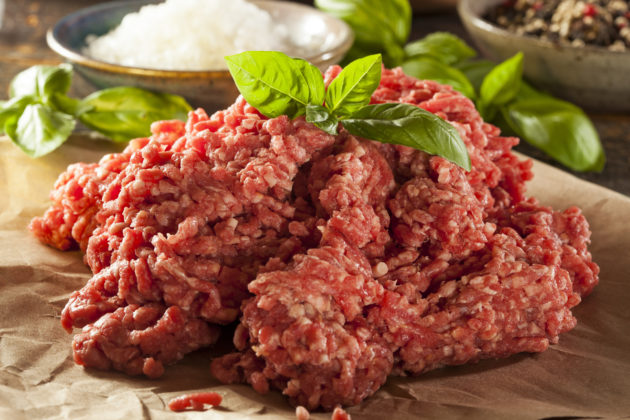 Vancouver – University of British Columbia researchers have made it easier to determine if other animal parts or lesser quality parts have made it into your ground meat.

A media release on the university’s website (“New technique can detect impurities in ground beef within minutes,” on Nov. 24, 2017) explains that when some unscrupulous meat processors have “an excess supply of meat or byproducts for which there is relatively little market demand,” they may try to pass those items off as another product.

The university sites as examples recent scandals in the UK, Ireland and Russia where “lamb, chicken and even rat meat” were substituted for “higher-quality meat products.”

To help curb this type of food fraud, researchers at the university say they used “a laser-equipped spectrometer and statistical analysis to determine with 99 per cent accuracy whether ground beef samples included other animal parts. They were able to say with 80 per cent accuracy which animal parts were used and in what concentration.”

The method they used accomplished this “in less than five minutes,” which makes it “a potentially transformative food inspection tool for government and industry.”

The release explains that the researchers “aimed a spectrometer at meat samples they had prepared by grinding together beef and offal from local supermarkets at various concentrations. Because animal products all have different chemical compositions, their molecules absorb and scatter energy from the spectrometer’s laser in different ways. The spectrometer captures these signals — or spectra — to produce an ‘image’ of each substance. These spectral images can serve as a library for comparison with other samples.”

The researchers then compare a meat sample’s spectral image with the “pre-established library, to see if there’s a match.” In this way the researchers were able to determine if the meat sample was authentic or had offal added to it.

Compared to other existing techniques, the UBC researchers’ is more efficient and less complicated. The university says if government or industry wanted to use they wouldn’t need a “highly trained” individual to carry out the testing.

They would only “need a spectrometer and user-friendly software that connects to robust library of spectral images. As more types of meat and offal were analyzed and their results stored, the technique would become even more accurate.”


Related Stories
Meat producers in Canada can now use irradiation on ground beef
Up to 20% of packaged sausages in Canada are mislabelled: study
Antimicrobial edible films inhibit pathogen growth in meat: researchers