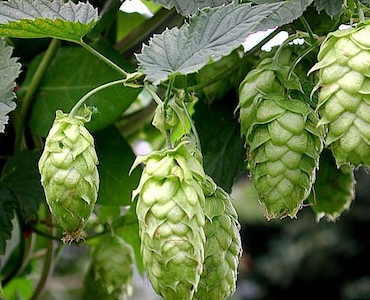 Berkeley, Calif. – What if you could create a hoppy beer without using hops?

A team of biologists at the University of California Berkeley have found a way to omit the hops and use strains of brewer’s yeast instead.

In a news article on the university’s website (“Brewing hoppy beer without the hops,” by Robert Sanders on March 20, 2018), the university explains that hops are a costly option.

“Growing hops uses lots of water, not to mention fertilizer and energy to transport the crop, all of which could be avoided using yeast to make a hop-forward brew,” says the article.

The article adds that “a pint of craft beer can required 50 pints of water merely to grow the hops.”

The university researchers created strains of brewer’s yeast that can ferment the beer and “provide two of the prominent flavour notes provided by hops.”

The university recruited Lagunitas Brewing Company, which is based in Petaluma, Calif. to help. Staff there were asked to taste test the researchers’ beer samples and said the “engineered strains were more hoppy than a control beer made with regular yeast and Cascade hops.”

Charles Denby, a former UC Berkeley postdoctoral fellow, and Rachel Li, a UC Berkeley doctoral candidate, are behind the research. Together they have launched a startup called Berkeley Brewing Science. Both are also the authors of the research which appears in the journal Nature Communications.

The article says Denby and Li “hope to market hoppy yeast to brewers, including strains that contain more of the natural hop flavour components and create other strains that incorporate novel plant flavours.”

Denby says in the article that his “hope is that if we can use the technology to make great beer that is produced with a more sustainable process, people will embrace that.”

For more on their research and how they created unique strains of brewer’s yeast, click here.