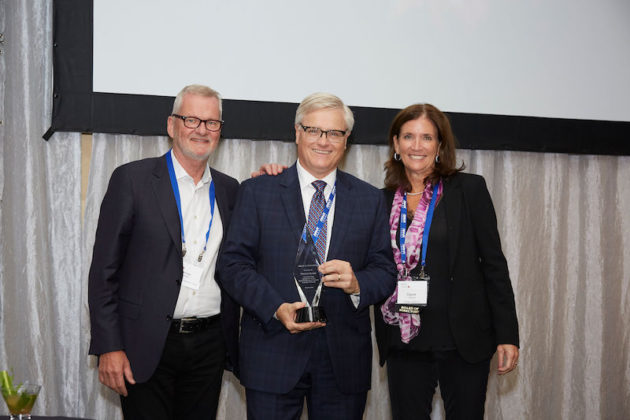 FCPC presents this prestigious award to Tom in recognition of his many contributions to the Canadian food and consumer products manufacturing industry over the past 35+ years. Tom supported FCPC as a Board and Committee member; he assumed the role of Board Chair in 2013 and 2017, providing leadership and critical perspective on many different industry issues.

“Tom Gunter is well known for his strong commitment to people development and mentorship,” said Michael Graydon, chief executive officer, FCPC. “It is a privilege to honour and celebrate Tom’s leadership within the CPG industry as well as his dedication to FCPC throughout his career.”

Tom has held senior management roles at Fiera Foods Company, Frito Lay (PepsiCo), Molson, as well as ConAgra Foods Canada, where Tom served as president for six years. Tom has led sales teams in the U.S. market, and has provided consultation in markets such as Mexico and India. Tom possesses a BBA in Marketing from Ryerson University.

FCPC’s Governance Committee bestows this award on occasion where there is a deserving individual whose achievements and contributions to FCPC and the Canadian food and consumer products manufacturing industry demonstrates excellence. The recipients are celebrated and honoured by their peers at the CEO & Executive Leadership Conference.