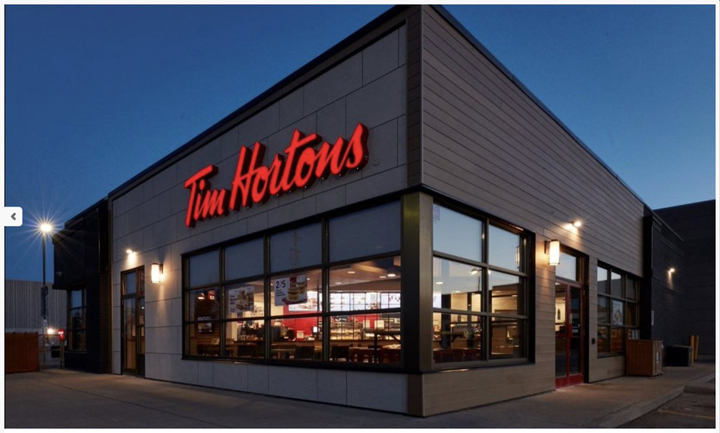 April 27, 2020, Toronto, Ont. – Tim Hortons and its 1,500 restaurant owners across Canada are launching a campaign to support those affected by the shocking and heartbreaking events in Nova Scotia.

The Nova Scotia Strong donut is now on sale in Nova Scotia and 100 per cent of proceeds are being donated to the Canadian Red Cross Stronger Together Nova Scotia Fund. The donut goes on sale across Canada on Wednesday.

NHL stars Sidney Crosby and Nathan MacKinnon have recorded a video to help raise awareness for the campaign.

“As proud Nova Scotians, we are incredibly saddened by the tragedy that took place in our community. To show our support, we’ve partnered with Tim Hortons to give every Canadian a way to show theirs,” said Crosby and MacKinnon. “Let’s show Nova Scotians how all Canadians stand with them.”

Given the urgent push to start fundraising, the sprinkled donut design will vary by restaurant depending on what supplies owners have available. Tim Hortons has previously acted quickly to release special limited-edition donuts to lend support to victims of other tragedies, including the 2018 Humboldt Broncos bus crash and the 2013 floods in Alberta.

“Canadians have shown time and time again that they will be there for their neighbours in times of crisis,” said Tim Hortons chief marketing officer Hope Bagozzi. “This tragedy has been all the more devastating given how Canadians were already struggling with the unprecedented nature of the ongoing COVID-19 pandemic. Thinking about how family and friends cannot mourn their loved ones with a traditional funeral service at this time is all the more heart-wrenching. From all of us at Tim Hortons, our hearts go out to all those who are hurting right now – we are thinking of you.”

Debert, one of the close-knit Nova Scotia communities that was struck by the tragedy, is home to a Tim Hortons warehouse that employs many residents in the region. Christy Breed, a Tim Hortons restaurant owner in Dartmouth, said the Tim Hortons community was eager to rally together to support the families of victims.

“We have all been devastated by the details of this unimaginable tragedy and are heartbroken for the families who lost loved ones,” said Breed. “I am very grateful that my fellow Tim Hortons restaurant owners across the country are coming together to support Nova Scotia as we try to cope with this tragedy. ”

The Canadian Red Cross Stronger Together Nova Scotia Fund, in partnership with the Nova Scotia government, will support individuals, families and communities impacted by the Nova Scotia tragedy with immediate and long-term needs, including resiliency and capacity building.

The Nova Scotia Strong donut retails for $1.59 and will be available until May 5 at participating restaurants across Canada.

Tim Hortons is Canada’s largest restaurant chain operating in the quick service industry serving more than five million cups of coffee every day. The company has more than 4,800 restaurants in Canada, the United States and around the world.