Tim Hortons is educating B.C. consumers on the pods' recyclability, and working with MMBC to study how they flow from homes through the recycling process 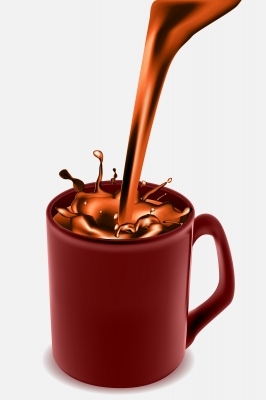 Tim Hortons Single-Serve Coffee is now available in EcoCup pods, allowing B.C. consumers to simply “snap, separate and sort” to divert 95 per cent of the pod waste from landfills.

The K-Cup-compatible EcoCup coffee pods, featuring an outer cup made from #6 polystyrene plastic, are accepted in the vast majority of B.C. recycling programs. Consumers in B.C. are being encouraged to check with their municipality or recycling service provider to see if they are accepted.

From October to December, Tim Hortons will be conducting a consumer education and awareness campaign at B.C. malls that will include demonstrations and sampling, engaging consumers in a “pledge” to recycle the Tim Hortons Single-Serve EcoCup pod sample they receive.

“After consumers brew their cup of coffee and let the pod cool, all they need to do is snap the tab and peel back the lid, separate the lid and the filter from the outer plastic cup, and then sort the components, placing the plastic cup in the recycling bin,” says Sadinsky Martin.  “The lid and filter go in the garbage and consumers can easily compost the coffee grinds in their gardens or compost bins. This enables consumers to divert 95 per cent of the pod waste.”

To learn more about the adoption of its new recyclable format, Tim Hortons is working with MMBC, the non-profit organization that finances and manages the majority of B.C.’s residential recycling programs, on a three-month recycling study that tracks how the pods flow from homes to recycling facilities. In early 2016, Tim Hortons and MMBC will share the recycling study results, which are expected to help in demonstrating how this packaging could be accepted and successfully integrated into the recycling programs of other municipalities and jurisdictions across North America.

On the Tim Hortons website, the company explains why it chose to promote this program in B.C. before the rest of the country: “In order to understand recycling behaviour, we chose to organize a program with one jurisdiction (British Columbia) to gather learnings on the technical side as well as the ability to drive behaviour changes for single-serve coffee drinkers through recycling education. We will then share results with the rest of the country before promoting nationally.”