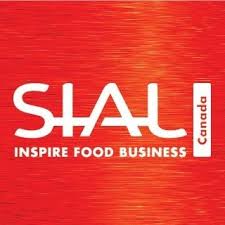 The 16th edition of the International Food Show (SIAL Canada) and the Equipment and Technology Sector (SET Canada) took place from April 30 to May 2 in Toronto.

During the three days of the show, the major players in the agri-food industry set a record for attendance in Toronto, with growth of almost 10 per cent compared to 2017. With nearly 80 conferences and activities, SIAL Canada, the only “One Stop Shop” in the industry, is once again a must-attend event for the agri-food sector.

With 1,130 exhibitors and brands from more than 50 countries and about 25,106 professional visitors from over 60 countries, this edition of SIAL Canada and SET Canada topped records again both in terms of suppliers and visitors.

According to Xavier Poncin, SIAL Canada’s executive director, the 2019 edition proves the importance of such an alternating event in Canada’s two largest provinces. Never before has local representation offered numerous innovations. This year, Poncin saw a 20 per cent growth in participation from Ontario businesses from 2017.

Italy in the spotlight

Italy was the country of honour, all for the pleasure of our taste buds! Indeed, the official inauguration of the show was held under the colors of the Italian flag honoring national and international dignitaries during their various speeches. For the first time at SIAL Canada, the three levels of government were represented at the same time: federal, provincial and municipal.

SIAL Innovation: On the first day of the show, the three big winners of the SIAL Innovation contest were unveiled in front of visitors and journalists. For the first time this year, the Hopeful prize, dedicated to food start-ups, was added to the three traditional gold, silver and bronze awards.

This cheese contest was the first of its kind on site as well as for Canada. The jury chaired by Gurth Pretty and made up of professionals from the cheese industry evaluated 230 cheeses from nine countries across 23 categories. Following the jury’s deliberation, the 23 medals (one per category), the Best English Cheese, Best Italian Cheese, Dairy Farmers of Canada, Best New Cheese and Best Winner awards were revealed on the Cheese Area by SIAL. Congratulations to the cheese honored Grand Champion Cheese: Alfred the Grand Cru farmer, a Quebec cheese from La Fromagerie La Station.

The fourth edition of the SoSial program

SIAL Canada is proud to continue its commitment with Daily Bred Food Bank. This program aims to help reduce food waste by distributing food surpluses at the show. This year 2,660 pounds of food were donated to the association. SIAL Canada also gave the Central Expert Hub a cheque for $12,000.