The Meatless Farm Co announced that its plant-based ground and burger products are now available in over 350 grocery, butcher and specialty food stores in Ontario, British Columbia and Newfoundland. The company has partnered with Toronto-based Dolan Foods Inc. to bring the products to the Canadian market, as the distributor’s first non-meat partner.

The Meatless Farm products are 100 per cent plant-based and are made using non-GMO ingredients available. The products are near-indistinguishable in taste and texture from their meat-based counterparts. For example, each burger contains 24.7 grams of protein (compared to 24.2 for a meat-based burger of the same size) and 5.1 grams of fibre (compared to less than 0.5 grams in a meat-based product). All products also have fewer calories, fat and saturated fat than their meat counterparts and are gluten-free.

In addition to seeking premium taste and nutritional value, Canadians are increasingly considering environmental impact when choosing ingredients. According to The Meatless Farm Co’s Meatless Consumption Target data, each Canadian that swaps out just one beef-based meal for a plant-based meal each week will reduce their greenhouse gas contribution by five per cent. If the entire country made the once-weekly swap, Canada could reduce greenhouse gas emissions by 30 million tonnes of CO2 – the equivalent to taking six million cars off the road.

The Meatless Farm products are currently sold at grocery, butcher and specialty stores, including select Loblaws, Longo’s and Stong’s Market. The Meatless Farm’s six-pack of sausages will be available soon at all stores the product is sold in. All products will come soon to other provinces. 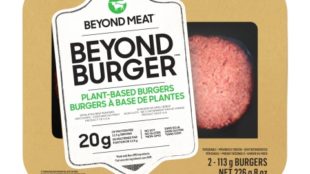 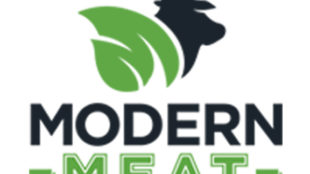 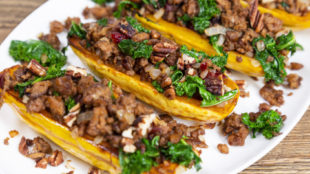 Beyond Beef launches in Canada