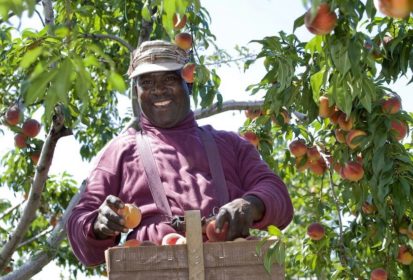 Farm workers coming to Canada under programs for temporary and seasonal workers will be exempt from a ban on foreign nationals entering the country.

Prime Minister Justin Trudeau announced Monday that effective Wednesday, foreign nationals from all countries except the U.S. would be temporarily prohibited from entering Canada, in response to the evolving COVID-19 coronavirus pandemic.

That ban was expanded Wednesday to include “non-essential travel” by U.S. residents for purposes such as recreation and tourism.

Canada’s agriculture groups and provincial officials since Monday have expressed concerns about the ban’s potential impact on the arrival of temporary foreign workers (TFWs), including those coming to Canada under the Seasonal Agriculture Worker Program (SAWP), for work in Canada’s ag and agrifood processing sectors.

However, federal Public Safety Minister Bill Blair said during a press conference Wednesday that TFWs will be exempt from the travel ban.

“Temporary foreign workers — their work is important to maintaining our country and what they contribute — so they will be allowed to enter Canada as well, after observing a 14-day period of self-isolation,” Blair said.

The exemption will also apply to international students and workers entering Canada on visas, Blair said.

Leading up to Wednesday’s announcement, farm employers of TFWs were “freaking out right now,” as Manitoba Beekeepers Association chair Mark Friesen put it in an interview.

Friesen said Manitoban beekeepers hire between 80 and 100 TFWs per year, adding that some operations will need those employees soon and that others may not need them until the end of April.

Ag groups said Wednesday it’s estimated Canada needs about 60,000 foreign workers for the agriculture sector, including about 45,000 under SAWP, which sources workers specifically from Mexico and 11 Caribbean countries.

Farms’ TFW needs include over 1,400 “specifically for oilseed and grain farming,” the Western Canadian Wheat Growers said in a separate statement Wednesday.

“All the same self-isolation measures should continue to be in place for any TFW coming into the country, similar to any Canadian that is returning to Canada,” WCWG Saskatchewan director Kenton Possberg said in a release before Blair’s statement Wednesday.

“The challenge is that many remote grain farms cannot operate without (TFWs) as a part of their crew. The importance of our food value chain cannot be underestimated for both our domestic or international markets.”

Citing an ag labour shortage in Quebec, Marcel Groleau, president of the province’s Union des producteurs agricoles (UPA), said the presence of about 16,000 TFWs from Mexico, Guatemala and elsewhere is “essential” to that province’s ag sector, particularly in horticulture crops.

“Ontario alone is expecting approximately 20,000 workers to arrive in Canada in coming weeks to assist with spring preparation and planting as well as work in our processing plants,” the Ontario Federation of Agriculture said separately Wednesday. “Without these key individuals the production year and local processing capacity could be lost.”