The list of food and beverage winners from BrandSpark International's annual Best New Product Awards is out. The BNPAs also tap into how Canadian consumers are shopping today and how they feel about innovation 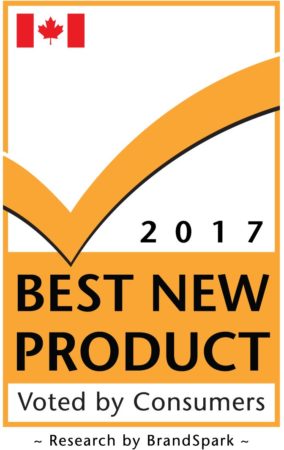 Toronto – The votes are in!

BrandSpark International has released the results of its 14th annual Best New Product Awards (BNPAs). The program has more than 20,000 Canadian consumers vote on the latest health and beauty, food and beverage, and household products in 50 categories.

(Scroll down for the food and beverage winners.)

Robert Levy, president of BrandSpark and founder of the BNPAs, says one growing trend they pinpointed was that Canadians trust peer reviews – and that 80 per cent of them also trust independent consumer voted awards, like the Best New Product Awards.

Interestingly 70 per cent of women and 60 per cent of men report that they are likely to choose a product that is recommended by other consumers.

One in every two shoppers regularly checks online ratings when referencing reviews, reading both positive and negative reviews in detail.

“What we’re starting to notice is a small increase in the way reviews are consumed, with 70 per cent of shoppers still preferring written reviews and five per cent of Canadians prefering video reviews. Men were twice as likely to prefer video reviews versus women, while surprisingly preference did not change with age,” adds Levy.

The survey also found that Canadians embrace innovation with 75 per cent of Canadians stating that they like trying new products.

In fact, one in two Canadians say they actively look for new or innovative products when shopping. The study reports that women are better at seeking out innovation versus men.

“Men particularly have trouble keeping up with all the new products in store with 60 per cent having difficulty in determining what’s new and best versus only 40 per cent of women,” says Levy.

Innovation that continues to resonate with Canadians includes natural food products. The claim “no artificial sweeteners” is considered “very important” by almost one in two shoppers, even though the vast majority are concerned about their sugar intake.

Other “very important” claims for Canadians included: “antibiotic free” and “hormone free” by more than four in 10 shoppers; yet just one in four shoppers regularly include some organic products in their grocery cart.

Canadian consumer confidence is split, with four in 10 shoppers saying they are financially comfortable, and just as many saying they usually live pay cheque to pay cheque.

A majority say they are foregoing or delaying some consumer purchases to balance expenses, with one in three citing dining out and the same proportion citing salon or beauty treatments.

“This frugality may be an opportunity for innovation from home food product manufacturers or mass beauty brands,” adds Levy.