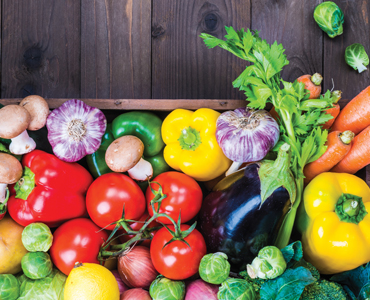 The majority of Canadians face challenges related to food access and healthy eating, according to a new Leger report released on World Food Day, Oct. 16.

The survey, commissioned by Danone Canada, showed that 6 in 10 (61 per cent) Canadians believe they are not always able to eat as healthily as they would like. The problem appears to transcend age, income and region: although 59 per cent of Canadians say that they sometimes don’t buy food because it’s too expensive, and 63 per cent believe their grocery bill takes up too much of their budget, 67 per cent agree that within their circle, there are people who do not eat well even if they can afford it.

Changing lifestyle habits appear to be a driving force behind these concerns: almost 8 in 10 (77 per cent) Canadians admit to skipping one or more meals a day in the last 6 months, citing lack of time as the primary reason (61 per cent). The problem also extends to younger Canadians: the Breakfast Club of Canada estimates that as many as 1 in 4 Canadian children might start their day without a morning meal.

Danone Canada is a founding partner of the Breakfast Club of Canada, which helps feed more than 244,000 children and youth in over 1,800 schools across the country every school day. Since 1996, Danone Canada has donated more than 20 million servings of yogurt, along with money and volunteer hours, to help the Breakfast Club of Canada fulfill its mission.