A study from Dalhousie University has found that Canadians are concerned about food fraud. It also turned up evidence that food fraud is prevalent in the Canadian marketplace 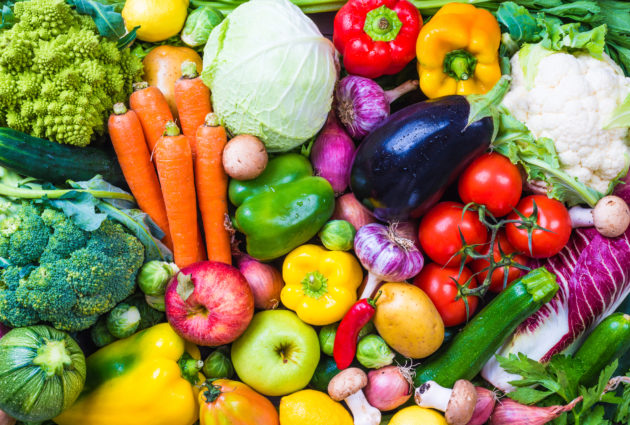 Halifax, N.S. – If you’ve ever wondered about the authenticity of the foods you’re buying, it turns out you’re not alone.

A new Dalhousie University-led study on food fraud has found that 63 per cent of Canadians surveyed said they are generally concerned about food fraud – the practice of mislabelling, adulterating or counterfeiting food products. The study is called Food fraud and risk perception: Awareness in Canada and projected trust on risk mitigating agents.

The university says food fraud has many potential consequences.

It can pose a public health hazard, for instance, particularly in cases where people with allergies or food intolerances are misled by a label.

And it also presents a challenge to the food industry itself.

“Food fraud is not a victimless crime,” says Sylvain Charlebois, dean of the Faculty of Management and the lead author on the study.

“The entire food economy depends on consumer trust. Once lost, it becomes much more challenging to grow the sector and define a value proposition.”

According to the university’s website, Charlebois worked with both Dalhousie and the University of Guelph on the study, which examines the relationship between consumers’ education, age, income, gender, health-related predisposition and geographical region and their risk perception of food fraud in general through a survey of 1,088 Canadians.

The university says the researchers found that older, more educated consumers and those with food allergies were more likely to be more concerned about food fraud.

And those who experienced food fraud first hand suggested they are far more likely to trust themselves and other consumers to manage the risks than they are to turn to government or industry.

The study also turned up strong evidence that food fraud is prevalent in the Canadian marketplace. Of those surveyed, 42.7 per cent believe they have bought a counterfeit food product at some point. Seafood and fish (27.9 per cent) was the top-selected category where fraud was experienced, followed by liquids such as oils and wines (20.9 per cent), fruits and vegetables (13.9 per cent), deli meats (11.6 per cent) and baked goods (9.3 per cent).

The university says the study also found that when participants were asked to identify where they purchased a fraudulent food item, 65.9 per cent said at a “regular” grocery store, 12.2 per cent at a non-traditional food retailer, 9.8 per cent at a farmers’ market and 2.4 per cent at a restaurant or food outlet. A plurality (42.8 per cent) said they found out about their fraudulent food product through social media, with personal research (35 per cent) and public recall (19.1 per cent) being the source of the others’ discoveries.

The study shows that the most vulnerable consumers are not aware of the problem. With evidence that the practice is commonplace, there is a risk that if it is not addressed that more consumers could be victims and lose faith in regulators and the industry.

The university adds that with social and personal networks then perceived as more valuable for consumers, the authors suggest a more effective way to mitigate risk from food fraud may be to educate the network of supporters. But the authors also suggest that tackling such a complex issue requires a comprehensive approach to protecting consumers from food fraud — one that includes government, the food industry, consumers and researchers.