Recent findings from Persistence Market Research show the global edible insect market growing to US$722.9 million by the end of 2024 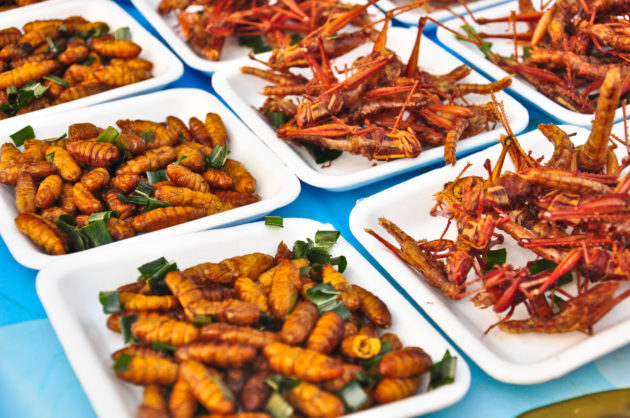 The global market for edible insects is expected to experience healthy growth between now and 2024, according to recent findings from Persistence Market Research (PMR), a New York-based market research company.

PMR’s report forecasts that the global edible insect market will increase to US$722.9 million by the end of 2024, up from US$423.8 million in 2016, with the expected CAGR (compound annual growth rate) for market expansion at around 6.1 per cent.

According to PMR, the lower production costs of insect-based products compared to chicken, beef, and pork will continue to be one of the key drivers pushing this market growth. The growing popularity of edible insect-based products as a substitute for egg and dairy proteins is also playing a key role in the rising demand, along with increasing awareness about the ecological upside of eating insects. There’s also less of a risk of food safety problems with edible insects (compared to some other proteins), which will help fuel the growth as well.

And when it comes to the types of insects to be consumed, orthoptera (including crickets, grasshoppers and locusts) and tree bugs segments will witness relatively higher CAGRs during the forecast period, at 8.1 per cent and 7.3 per cent respectively.

The PMR report indentified Canada’s Entomo Farms, based in Norwood, Ont., as one of a small handful of the key players from around the world in the global edible insect market.