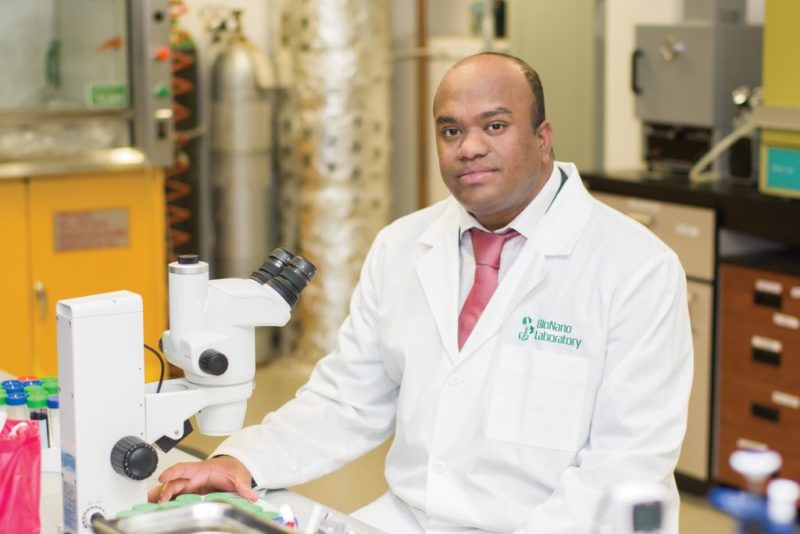 By Jeanine Moyer for AgInnovation Ontario

The latest use for soy could fight food poisoning. University of Guelph researchers are using soy extracts – isoflavones and peptides – to prevent the growth of microbial pathogens that cause foodborne illnesses.

Extracting natural agents from soy could benefit the food industry by replacing synthetic additives currently used to protect foods. The extracts have been found to combat common microbes and reduce bacterial contamination in food. 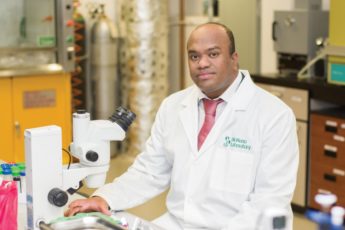 “It’s an ideal solution,” says Suresh Neethirajan, University of Guelph engineering professor and director of the BioNano Laboratory. “Soy is a safe, common food that’s been consumed for thousands of years and now we can use it to make the food we eat safer by preventing harmful bacterial growth.”

Neethirajan and his research team have found soy extracts can be more effective in fighting against bacteria, including Listeria and Pseudomonas pathogens, than current synthetic chemicals commonly used to preserve foods.

“And we know it’s safer than the current chemical products being used; after all, we’ve been eating soy for thousands of years,” he says.

“Studies have shown heavy, continued use of current chemical antimicrobial agents can cause strains of bacteria to become resistant and making them ineffective,” says Neethirajan, explaining they also kill all bacteria – good and bad.

“Using this soy alternative in food products will only target pathogenic or bad bacteria, leaving the good, healthy bacteria in foods that aid in digestion and help us properly process the food we eat,” he adds.

Because the soy extracts have the ability to selectively inhibit the growth of pathogenic bacteria compared to beneficial bacteria, some health issues commonly associated to the synthetic-based food preservatives will be eliminated, notes Neethirajan.

Neethirajan and his team at the University of Guelph’s BioNano Laboratory have been working on this research for four years.

“This could be a breakthrough for the food and food processing industry,” says Neethirajan. “And it will impact the entire value chain, right from farmers who grow the soybeans to the food industry and consumers benefiting from the product.”

The BioNano Laboratory team is working to isolate soybean varieties that produce the desired isoflavones and peptides to prevent bacteria growth. The screening will also identify value-added opportunities for farmers to grow soybeans with specific end-user applications.

Neethirajan is also working on the commercialization of the soy extracts and expects they could be available to the market in the next few years. “The results of this research offer practical applications to enhance and make existing products safer, using the versatile soybean,” he says.

This project has received support from the Ontario Ministry of Research and Innovation, the Natural Sciences and Engineering Research Council of Canada, and Agriculture and Agri-Food Canada.