Smoking rather than grilling, and other summer meat trends 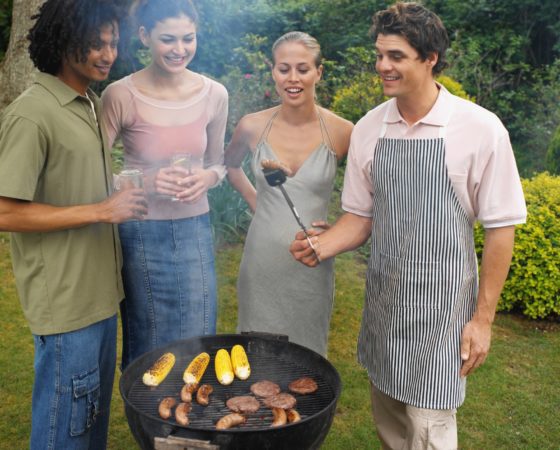 Front view of four young people having a barbecue

When it comes to backyard barbecuing, “low and slow” is going to be a big buzz phrase this summer, as more people are moving toward smoking rather than grilling. This trend, along with a shift toward ceramic barbecues instead of traditional models, is one of the hot summer trends recently identified by Toronto-based Belmont Meats.

“Low and slow – low temperatures and longer cooking times – is really gaining in popularity,” says Chef Curtis Dool, Belmont’s culinary expert. “Cooking in the backyard is one of the great joys of summer, and we’re seeing a growing willingness to spend more time getting it just right.”

As described in a press release from Belmont Meats, here are some other trends Belmont is seeing on the horizon for this summer:

Burgers are boss – According to recent statistics, 42 per cent of consumers eat burgers at least once a week. Consumers eat an average of 3.7 burgers per month – even more than pizza, which consumers eat on average 3.2 times a month.

“Burgers may be forever popular, but what is in the burgers is changing, with more blending of pork and beef. The pork is lower cost and helps to provide moisture and give a different bite to the burger,” says Chef Curtis.

He noted that what people are putting on their burgers is also new: “Unique and gourmet condiments are trending, such as fancy combinations of mustard, banana ketchup and kimchi, as well as spicy options such as sriracha and ghost peppers.”

Bacon is big – Bacon wrapped fillet has been a standard for years, and has evolved to lower-cost bacon-wrapped sirloin and other cuts. “The popularity of carnival food has raised new interest in all things wrapped in bacon – from burgers and wieners to meat loaf, sausages and chicken tenders,” Chef Curtis observes.

Different steaks – With beef prices rising steadily since 2011, less common cuts of steak have become popular. More people are buying the terres major – or shoulder tender – which is similar in tenderness to beef sirloin, or the flat iron steak, another cut known for its tenderness, soft texture and generous marbling.

Lamb is also rising in popularity. “Consumers are rediscovering things like lamb chops, shanks and lamb legs – all fantastic on the barbecue,” Chef Curtis notes.

Part-time carnivores – A new category of consumer has emerged called the Flexetarian. These are people that opt to not eat any meat for 2 or 3 days every week, creating growing demand for veggie burgers that contain vegetables, ancient grains and beans or pulses.

Hot, hot, hot – In the retail market, trends continue toward the spicy, with Asian (particularly Korean) and Hispanic based flavours gaining fans.

Content matters – Consumers are making conscious sourcing decisions, looking for antibiotic-free beef, raised without added hormones. “People simply want to know what they are eating,” Chef Curtis explains. “Restaurant chains such as A&W and HERO have been very successful in not only educating their customers on what they are eating but also being at the forefront of a major trend in the ‘healthy halo’ category.”