This year’s SIAL Montréal proved to be one of the show’s most successful ever, attracting high numbers of visitors and exhibitors, despite a less than favourable economic climate.

SIAL, the North American Food Marketplace, held in conjunction with SET Canada, the Services, Equipment and Technology show, took place from April 1 to 3 at Montreal’s Palais des Congrès. This year’s show drew 12,043 agri-food professionals from 52 countries, with more than 520 Canadian companies and 30 international businesses exhibiting. In total, international participation represented 45 per cent of visitors and exhibitors.

According to Xavier Poncin, the event’s director, attendance at SIAL Montreal remains high, despite the economic slowdown, due to its positioning as an international exhibition held within Canada, as well as its integration in Groupe SIAL’s collection of worldwide trade shows. Newer features, such as the Organic Village and the Bakery Village, are additional draws for visitors and exhibitors.

As always, a highlight of the show was the trends and innovations competition, which showcased 40 new food and beverage products. The winner of this year’s Grand Award for innovation, selected for qualities such as taste, convenience and originality, was Quebec’s La Demi-Calorie for its Galettine Moment, a ready-to-bake cookie dough. The show’s other popular competition, Olive d’Or, this year  drew 100 olive oil entries from 13 different countries. Gold-medal winners of the third edition of Olive d’Or were: Light Fruit Flavour, Mas Seneguier, France; Medium Fruit Flavour, Almazaras de la Subbetica, Spain; and Strong Fruit Flavour, Agrolio, Italy. For full list of winners see www.sialmontreal.com

Launched in 2001 as a biennial event, SIAL Montreal has been held annually since 2007. It is hosted by SIAL Groupe in partnership with the Quebec Food Retailers Association, the Agri-Food Export Group of Quebec-Canada and the Exposium Group. 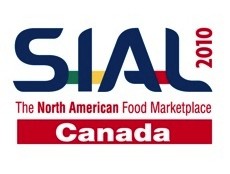 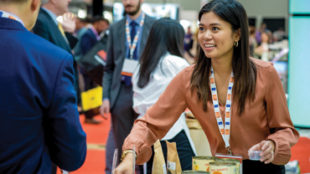