Shine a light on me 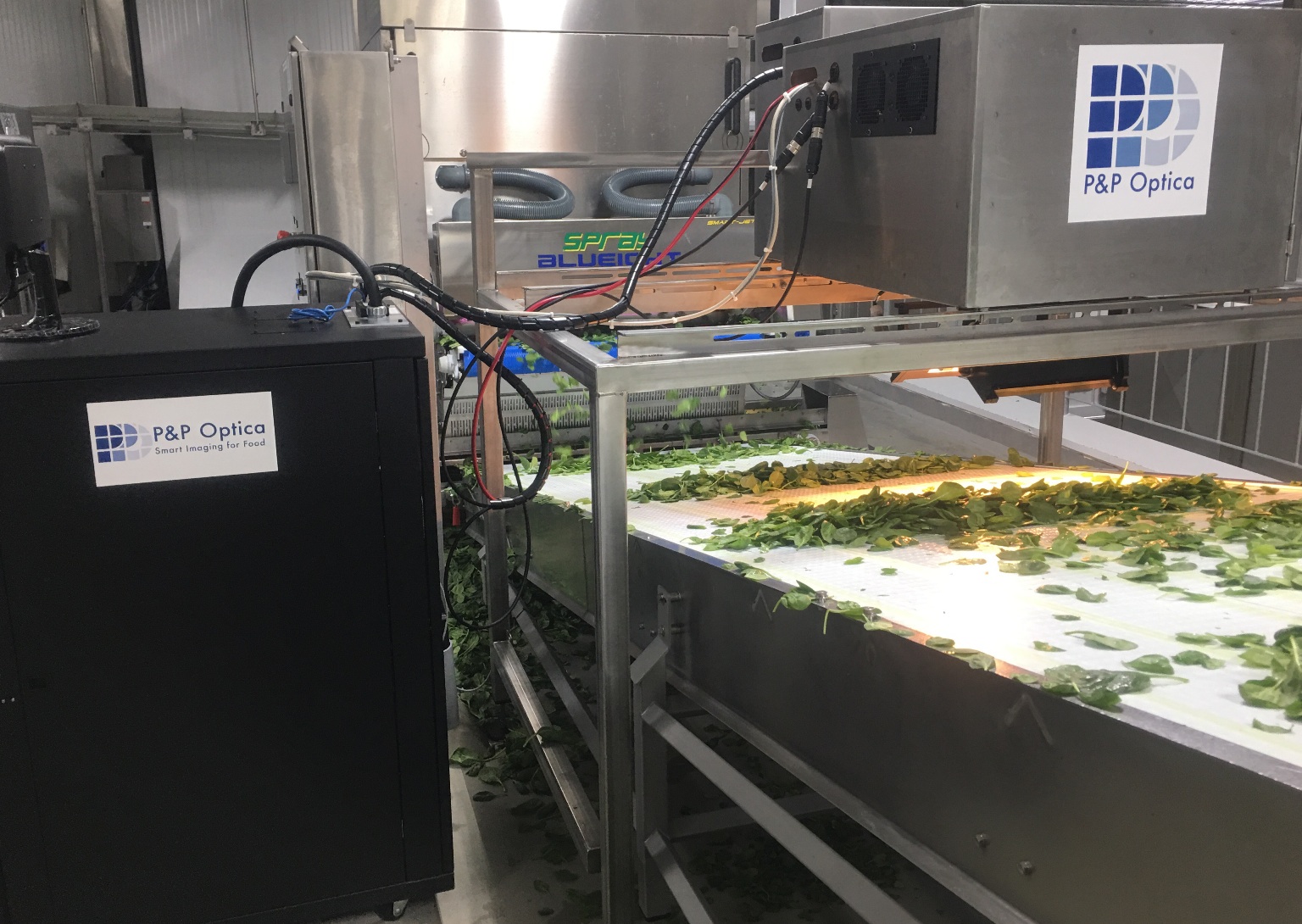 Waterloo, Ont. – Good lighting can do more than illuminate your salad. It can actually tell you the quality of those soon-to-be ingested leafy greens.

With the right technology, light can be used to measure the quality of food in real-time. When it comes to food processing, that can help make for more efficient and less wasteful production systems.

“We developed what we call PPO Smart Imaging, which is a process that uses light to analyze the chemical makeup of a specific food product,” said Kevin Turnbull, Vice President of Sales for P & P Optica.

“The science lets us see what products make the grade, and which ones don’t. Incorporating it into a food production system can help processors improve their grading and sorting efficiency,” he said.

Hyperspectral imaging (also called chemical imaging) involves illuminating an object with bright light. Special cameras pick up hundreds of different colour variations as the object passes under the light – conventional consumer cameras work at a much, much lower level – and generate data from those colours. In turn, that data indicates what the object is made out of and what quality the material is.

Turnbull and his colleagues are now working with local spinach processor Ippolito Produce Ltd. and Conestoga College to operationalize their technology in a working environment. Similar technology has been used by P & P Optica in recycling and in the biomedical field, but this is the first time it has been brought to the food world.

A major benefit, according to Turnbull, is significantly reducing food waste.

“Hand-sorting is either ineffective or impractical, so processors often use limited technologies like primitive vision, X-ray or metal detectors,” he said. “Still, waste and foreign material contamination persists, sending good food to the waste pile and potentially allowing foreign materials to reach the consumer. Our system will address that.”

While Turnbull does not yet know the exact impact his company’s method will have, he said they are anticipating “significant waste reduction.”

“Even if only 25 per cent less spinach is thrown out, that will translate to hundreds of thousands of dollars every year,” he said.

The prototype from P & P Optica was just recently installed at the Ippolito plant in Burlington. Now the companies are working closely to actively test and fine-tune the system.

According to Turnbull, the goal is to improve the system so it can be can be brought to other food processors – including companies managing meat and animal-based products – as a workable solution for inline food grading and safety.

While the field test is not slated to finish until later in the year, Turnbull said they have already seen growing interest in the technology.

“Riga Farms, which is a carrot producer from the Holland Marsh, and Earth Fresh Foods, a Burlington-potato company, are also partners in the project. When we applied to Growing Forward 2, they jumped onboard and made their own investment contributions,” he said. “They have enthusiastically supported this project from the beginning.”

Growing Forward 2 is a federal-provincial-territorial initiative. The Agricultural Adaptation Council assists with GF2 delivery in Ontario.