The rise of the “grocerant”: commentary

The “grocerant” model is going mainstream, and it’s not just because of Millennials. It’s much more complicated than that 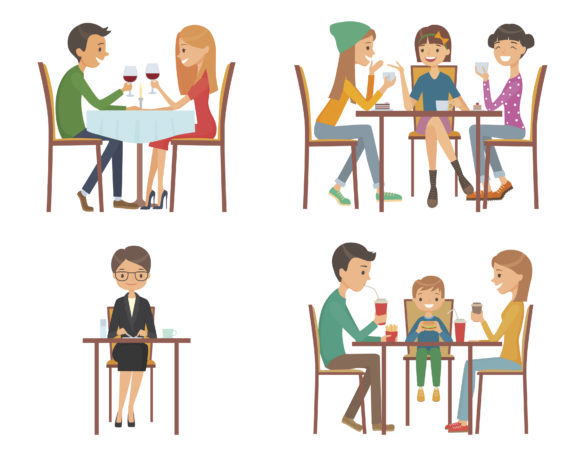 Food trends are difficult to follow these days. As with hip sectors such as the high-tech industry, the food industry is coming up with its own peculiar lingo when describing market shifts.

One of the latest examples  is “grocerant,” a word combining “grocer” and “restaurant.” The term has been around for a few years, but it seems to have gone mainstream in recent months. Or at least, it is a term most of us will be hearing more often. But the term “grocerant” is in fact quite relevant and accurately captures what is happening in the food industry these days.

The numbers are staggering. According to the NDP Group, a research outfit in the U.S., grocerants generated 2.4 billion new visits and over $10 billion U.S. in sales in 2016 – a massive shift. In attempts to offer more convenience, we have not seen these numbers since the drive-through phenomenon several decades ago.

In Canada, while the numbers are little more obscure, we are seeing similar trends and many retailers are on the move. Given that convenience seems to have more currency than ever before, two worlds are currently colliding in the ready-to-eat space at grocery stores, which caters to people seeking portable solutions to accommodate their hectic daily lives.

Grocerants offer a one-stop-shopping solution for consumers driven by either curiosity or a lack of time. An increasing number of grocery stores now allow customers to buy and eat on the spot. Some facilities brilliantly merge both food retailing and food service under one roof. Research suggests many consumers generally perceive grab-and-go food products to be healthier than meals you can get at a restaurant. This works well for grocers.

Price wars constitute the other driving issue for grocers. Over the last 15 months in Canada, food retail prices have barely moved. But the price of food purchased at restaurants has increased significantly, more than double the general inflation rate. This would suggest that menu prices are much more immune to market cycles than retail food prices. Demand in food service is inherently more elastic, so margins can be kept up and defended, no matter what the economy is doing.

But restaurants aren’t staying quiet in the face of this new trend. Restaurant operators are fighting back by using technology to their advantage. Many are responding by using UberEats, even expanding their market by offering meal kits and developing omnichannels. In other words, they are trying to go where the money is instead of just waiting for the consumers to come to them.

Some say it is all about the Millennials. It is about offering fresh, healthy, reasonably priced products for the largest generation which is slowly taking over the  economy. But the changes are more deep-rooted, beyond just Millennials.

Millennials certainly have the economic influence to trigger the changes we are seeing, but many demographics are mutating and behaving differently around food. Families with older children don’t mind the enhanced experienced while aging Boomers need the convenience. It is across the board. Millennials were the first generation not willing to put up with what was being offered to them. The rise of the grocerant represents the awakening of an industry which has been dormant for quite some time.

In the realm of convenience, mixed into the grocerant movement, the ready-to-cook market is also emerging as an interesting opportunity, but not without some headaches. In the U.S., Blue Apron, the largest and most well-known meal-kit provider in the world, is waging an uphill battle. The company has just laid off 6% of its staff and its stock has gone nowhere since going public in June.

On the other hand, we are seeing evidence that grocers are liking what they see from meal kit outlets. Plated, the 5-year old meal kit company, was acquired last month by the grocery giant Albertsons, for approximately $200 million.

Grocers do have the capacity to cover a broader market with product offerings, but have not yet made much of a play on meal delivery and quality. Grocers are often not hardwired to successfully meet this challenge. But this is slowly changing. Metro made a significant move this year by acquiring Miss Fresh, and many expect other grocers to follow suit.

In processing as well.

Campbell’s Soup, Unilever, and many others are investing in meal kits to explore what could become a $10 billion industry by the end of next year. This is clearly a growth opportunity which cannot be overlooked by grocers. Recent layoffs will provide an opportunity for grocers to hire the right people, with the right mindset, in order to capitalize on these opportunities. Because of metamorphosing consumer expectations and behaviours, survival seems unlikely for stand-alone meal-kit outlets.

So, the convenience food battle is alive and well. Grocers were losing for a while, but the emergence of grocerants across the country is a sign that the industry is listening to what the modern consumer is telling them. But that battle will last for quite a while.