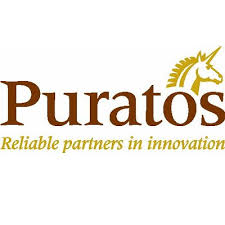 The study offers a ‘Foodstep’ into the future by tracking the evolution of trends and unveiling new ones. The top nine trends within the North American region include:

Canadians highly value the quality of ingredients and the authenticity of recipes and packaging – food with a real, human touch. Sixty-two per cent of Canadian consumers are willing to pay more for artisan, handcrafted products.

The report also states that 77 per cent of Canadians are drawn to traditional flavours while 55 per cent want to try exotic new global flavours.

The perception of freshness is based on the manufacturing date for 72 per cent of Canadian consumers followed by the smell at 58 per cent.

Canadians also have a growing interest in plant-based food with 60 per cent claiming to eat more plant-based products while 30 per cent believe that consuming vegan is healthier than regular food.

The 2019 Taste Tomorrow study is the third of its kind, with events taking place in Asia, Europe, North & South America. The study is conducted once every three years on a global scale. For this years study, 17.000 consumers were questioned in 40 countries, 80 foodies were consulted in eight cities and interviews were held both with customers and industry experts.