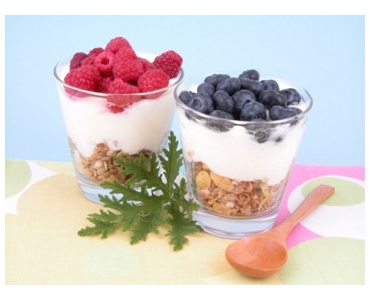 London, Ont. – Probiotic yogurt can have a special type of bite, according to new research.

Scientists at Lawson Health Research Institute’s Canadian Centre for Human Microbiome and Probiotic Research have found that probiotic yogurt can reduce the uptake of certain heavy metals and environmental toxins by up to 78 per cent in pregnant women.

The results provide the first clinical evidence that a probiotic yogurt can be used to reduce the deadly health risks associated with mercury and arsenic. 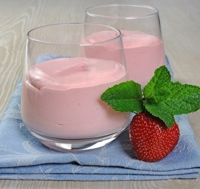 Environmental toxins like mercury and arsenic, say the researchers, are commonly found in drinking water and food products, especially fish.

These contaminants are particularly high in areas where mining and agriculture are prevalent, and in the developing world where regulations for industrial activities are limited or poorly enforced.

Even at low levels, chronic exposure to heavy metals has been linked to certain cancers and delayed neurological and cognitive development in children.

In Canada, 15 per cen of reproductive-age women possess mercury levels that pose a high risk for neurodevelopmental abnormalities in their children.

A look at the study

The scientists assessed 44 school-age children and 60 pregnant women living in Mwanza, Tanzania (near Lake Victoria). The area is known for having particularly high environmental pollution. But Tanzania is also home to a network of community yogurt kitchens previously set up with the scientists to provide a locally sourced, low-cost source of nutrition.

The goal of the study was to assess existing metal levels in the environment and participants’ bodies, map their natural bacteria to identify any potential links to metal absorption, and determine whether the probiotic-supplemented yogurt could influence metal absorption.

The scientists found mercury and lead levels were up to seven times higher than what is typically found in Canadian children.

Silver cyprinids, small fish consumed widely in the region, were found to contain especially high levels of mercury and arsenic. DNA sequencing identified two bacteria present in children with the highest concentrations of heavy metals, suggesting the presence of these bacteria may be linked to metal absorption.

After consuming the probiotic-supplemented yogurt, the children showed positive, but not statistically effective, results.

The pregnant women showed more dramatic outcomes. The probiotic yogurt protected them from further uptake of mercury by up to 36 per cent and arsenic by up to 78 per cent.

Dr. Gregor Reid, one of the scientists said the findings are exciting.

“First, they show a simple fermented food, easily made by resource disadvantaged communities, can provide benefits in addition to nutrition and immunity,” he say. “Second, the results are relevant for many parts of the world, including Canada, where exposure to these toxins occurs daily. Finally, it confirms more attention needs to be paid to these toxins, especially in children and pregnant women.”

“Seeing the children, you would never think they were walking around with such high levels of toxins,” says Jordan Bisanz, the first author on the paper.

“I hate to think of the consequences for them as they age. The children and pregnant women all loved the yogurt. If we could only scale up these yogurt kitchen concepts, the impact on quality of life could be massive.”

Image courtesy of Apolonia at FreeDigitalPhotos.net