Many firms to fall behind: report

BOSTON, MASS.—Bioplastics and biofuels companies should move quickly to secure competitive alliances, according to a new report from the Boston, Mass.-based advisory firm Lux Research.

“It’s critical for large companies to act now because many start-ups in the space are seeking financing and/or partnerships,” Soare said.

However, he cautioned that “few start-ups are likely winners, and securing the wrong partnership with the wrong company could cause corporate players to fall behind their competitors.”

The report makes several projections for the sectors, including which areas and companies have investment potential.

Fermentation and gasification offer the clearest paths to commercialization, with leading technologies expanding feedstock portfolios to include cellulosic sugars and producing chemicals such as succinic acid and butanol.

Gasification firms such as Ze-gen are converting many feedstocks—even municipal and agricultural waste—into a range of fuels and chemicals.

It also mentions early-stage synthetic biology companies such as Verdezyne, which is developing adipic acid, and Amyris, which is producing artemisinin, diesel, and other specialty chemicals. 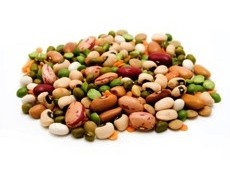