Food In Canada Bake & Snack Food Do Us a Flavour Lay's P.E.I. 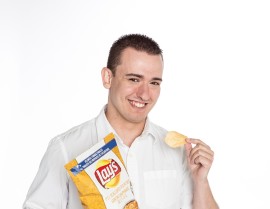 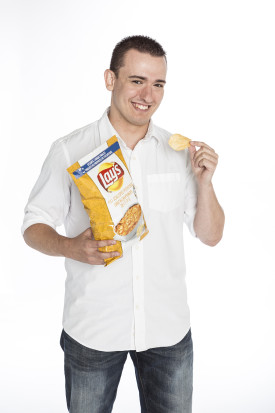 After a two-month consumer voting period, Lay’s Canada revealed the winning potato chip flavour in its annual “Do Us A Flavour” contest: P.E.I. Scalloped Potatoes.

The winning entry came from Burlington, Ont.’s Jordan Cairns. Inspired by Atlantic Canada’s reputation for potato cultivation, Cairns says one of his fondest memories of growing up was sitting down to big family dinners on Friday nights and holidays. His favourite side dish at these meals was always the freshly baked scalloped potatoes.

The P.E.I. Scalloped Potatoes chips will now be available in stores across Canada. In addition to the glory of knowing he came up with the idea for a tasty new chip flavour, Cairns will receive $50,000 plus one per cent of his flavour’s future sales.

I’m excited to be named this year’s winner,” says Cairns. “It’s incredible to think that a flavour inspired by a childhood memory will join the Lay’s lineup in stores across Canada.”

Earlier this year, the Lay’s brand had asked Canadians to submit their ideas for the next great potato chip flavour inspired by a particular region in Canada. In less than two months, the contest received almost 950,000 submissions from fans across the country. In August, the Lay’s brand revealed the four finalist flavours, and Canadians were invited to select the winner by trying all four and voting for the yummiest from August 11 to September 30.