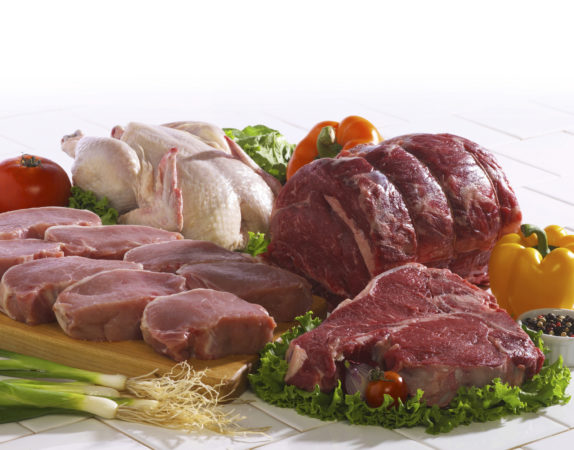 Ontario Independent Meat Processors (OIMP) held its biennial conference, which it called “The Meating Place,” in Huntsville, Ont. in October. At the event’s awards banquet, a number of OIMP members were recognized for their accomplishments in a various areas.

Brian Quinn of Brian Quinn’s Meats in Yarker, Ont. received the Lifetime Member Award. Quinn has been involved in the meat industry since 1976.

The Meat Industry Achievement (MIA) Award was presented to Hayter’s Farm. Hayter’s is a family-owned turkey farm in Dashwood, Ont., where three generations of the Hayter family have devoted their passion for premium quality for over 60 years. Hayter’s Farm is the only turkey farm in Canada that raises birds and processes products on-site.

Malabar Super Spice of Burlington, Ont. received the first ever Associate Member Recognition Award (AMRA). The AMRA is given to an Associate Member company that, judged by the membership, is deserving of recognition for their contribution to the association and to the industry. Malabar, founded in 1982, serves meat and poultry processors across Canada, with the majority of their customers being small to mid-size meat processors in Ontario. The company provides quality spices and seasonings combined with expert technical support and regulatory guidance.

Donnell Insurance Brokers of Burlington, Ont., Duropac of La Prairie, Que., and Halenda’s Meats of Oshawa and Whitby, Ont., were all on hand to receive their 10-year member plaque.

The Dave Tiller People’s Choice award, a friendly competition among members with 26 entries submitted (16 snack sticks, 10 jerky), resulted in Denninger’s of Hamilton, Ont. receiving the most votes for its Landjäger meat stick and Franz’s Butchershop of Peterborough, Ont. taking the prize for its Magnificent Maple Jerky.

And the final award for the evening was presented to Peter Baarda, owner of J & G Quality Meats in Burlington, Ont.. For the third consecutive year, Baarda was awarded the title of Ontario’s Finest Butcher.