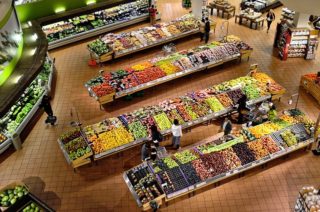 Sage, cloud business management solutions, today released the Canadian findings from its global survey of more than 900 process manufacturers. Almost half of Canadian respondents (49 per cent) to the survey said that pending regulatory changes introduced by the Canada-United States-Mexico Agreement (CUSMA) are affecting their business. In addition, 89 per cent regard the fluctuating import-export regulations as having a “high” or “very high” impact on their strategic decision-making.

Despite this challenging business environment, Canada’s process manufacturers remain confident in their ability to control their own destiny, with 86 per cent reporting that they expect to be industry leaders by 2025. Their top three priorities for driving this future success are emerging technology (59 per cent), expansion into new geographies and markets (58 per cent), and research and development of new products and solutions (54 per cent).

The industry’s overall optimism is consistent with the results of Sage’s recent We Power the Nation survey, which found that despite citing “political uncertainty” as the largest barrier to investing in international trade, 64 per cent of Canadian businesses expect the amount of trade with customers and suppliers to increase next year – a higher percentage than their counterparts in either the U.S. (56 per cent) or U.K (49 per cent).

“Despite the headwind that Canadian manufacturers acknowledge, our research reveals a sector more technologically-savvy and confident in its position of international leadership than ever,” said Paul Struthers, executive vice president and managing director, Sage Canada. “With the Fourth Industrial Revolution in full swing, Canada’s manufacturers are taking full advantage of the technologies and skills they need to excel, with half saying uncertainty around CUSMA is making them more likely to invest in technology.”

An Industry in Transition

The report, entitled “Riding the wave of uncertainty: How process manufacturers are planning for a brighter future in 2019,” depicts an industry aware of its own digital transformation, with 62 per cent of Canadian respondents expecting emerging technologies such as robotics, Internet of Things (IoT), and automation to be the development with the greatest impact on their industry in the next five years

Other key findings from the report include: