In honour of National Cereal Day on March 7, Kellogg Canada released a survey of Canadian consumers and their cereal habits. 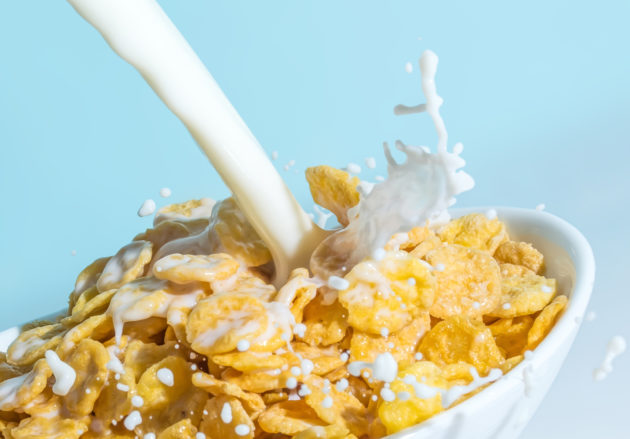 Milk stream pouring into a bowl with ?ornflakes close-up. Milk splash on a cup with flakes macro on a blue background.

Mississauga, Ont. – Canadians are a wacky bunch – at least in the cereal department.

In honour of National Cereal Day, Kellogg Canada Inc. released some survey results about Canadians and their cereal consumption. The company says the survey was conducted among 1,353 randomly selected cereal-eating Canadian adults who are Angus Reid Forum panelists.

But Kellogg Canada took a deeper look at our cereal habits. Here, as listed in the statement, are the company’s findings:

The survey found that most of us, 91%, choose milk, but others have different ideas:

And while they were at it, Kellogg Canada also took a look at habits across Canada:

Related
What does your cereal say about you?
Kellogg acquires Egyptian cereal company
Kellogg Canada Inc. to close plant in London, Ont.