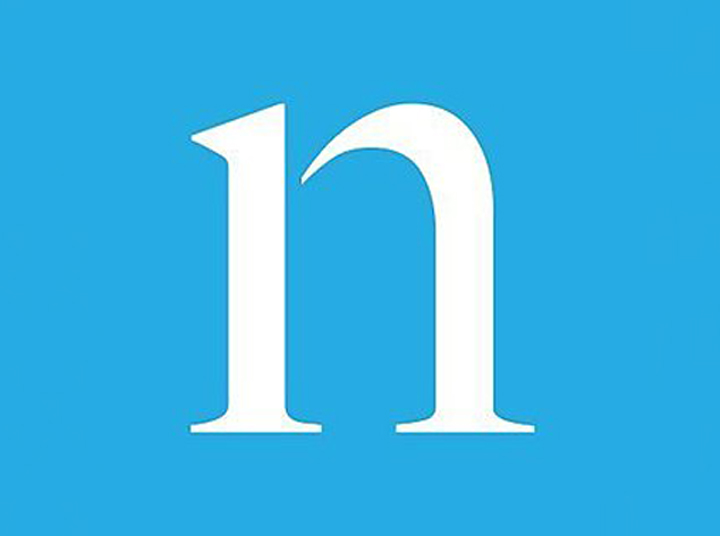 Correlating COVID-19 news events, such as public health announcements and government press conferences with consumer spending on items such as hand sanitizers and shelf-stable foods, reveals a series of recurring patterns, the company states in a press release.

These patterns (though still evolving), when reviewed across impacted countries, help provide a set of leading indicators for packaged goods manufacturers and retailers faced with supply issues as they race to meet record levels of demand and changing purchase habits, the company states.

It has been over eight weeks since China confirmed its first case of COVID-19 and the outbreak began to spread globally. In that time, Nielsen has recorded record-breaking sales of health-safety products, such as medical masks and sanitizers, but has also seen a ripple effect triggering broader consumer purchase behaviours as the number of reported COVID-19 cases increase around the world.

The six threshold levels, based on early indicators across markets (though at different times as the virus outbreak evolves at different rates in different geographies), are detailed below. Each one correlates with different levels of consumption, but there are some common timing elements, which are primarily driven by news cycles. 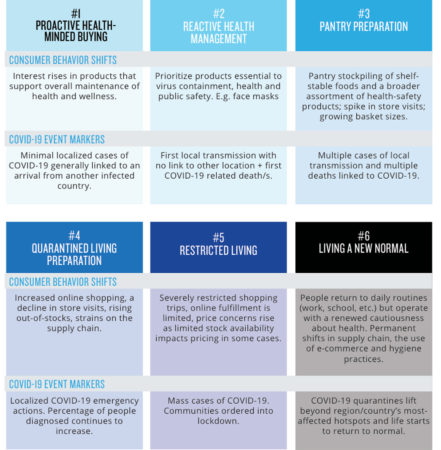 Nielsen states that threshold levels one to four are beginning to show predictable signs of spending from consumers. In other words, depending on what stage any particular country is in, there are signs that spending behaves in a common way that may make it possible to understand what might happen next, country to country.

The world is largely past the first stage of proactive health-minded buying that drove only minor changes to sales patterns, the company states. However, at threshold level two (reactive health management), consumers in affected markets began stocking up on essential health-safety products, such as hand sanitizers and masks.

But as news reports detailed the continued and quick spread of the virus around the world, consumers in many countries jumped to threshold level three: pantry preparations, states Nielsen. By this stage, they begin developing stockpiles of food and emergency supplies. These spending spikes lessened in the weeks after the panicked moments but spiked on subsequent news events or developments.

A Nielsen study of the U.S. market highlights how quickly consumers can digest and process new outbreak information and then make spending decisions tied to that news. These behaviours make it possible to understand early indicators of consumer actions, which can help companies manage their supply chain in response to news cycles.

On Jan. 30, the U.S. reported its first confirmed case of person-to-person transmission of COVID-19. Just two weeks later, (the week ended Feb. 8, 2020), sales of hand sanitizers, medical masks and household maintenance masks had declined by four per cent, 47 per cent and 53 per cent, respectively, from the previous week. While out-of-stocks may have been a factor, and sales still outpaced those from the prior year, the rush to health-protective products quieted down swiftly until the next piece of major breaking news hit, Nielson states.

On Feb. 26, a press conference in the U.S. led by President Donald Trump on COVID-19 was a clear driver that shifted public concern from the “reactive health management” level to the “pantry preparation” threshold. News from the press conference included guidance to stock up on essentials. It also appeared to drive added sales of an even broader set of health and household safety products, while sparking higher demand for shelf-stable food essentials. Nielsen-measured sales for that week, ended Feb 29. 2020, confirm this.

Pantry preparations among U.S. consumers have fueled record sales of more than just masks and hand sanitizers, the company states. Sales have also peaked for antiseptics, cleaners, over-the-counter cold remedies and other health-related essentials. Consumers also rushed to stock their pantries with shelf-stable food during the last week of February, as seen in the huge sales leaps of dried beans (+37 per cent), canned meat (+32 per cent) and rice (+25 per cent).

Similar indicators around the globe demonstrate that in many countries, localized COVID-19 news developments have ignited consumer demand to the “pantry preparation” threshold.

Some markets, such as Italy and South Korea, are well past the early thresholds of “proactive health-minded buying,” “reactive health management,” and even “pantry preparations,” states Nielson. This week, Italy was put into a countrywide lockdown.
The company states that the U.S. and many other markets should take note of the key trends that have defined purchasing behaviours in the later thresholds levels as they look for guidance on what is likely to happen.

Based on preliminary findings so far, here are Nielson’s predictions.

Learning from purchase habits in countries where consumers have progressed through the six threshold levels may help supply chain management in the regions that have been most hit with COVID-19, particularly as governments appear to be enacting more aggressive protocols as they learn more about the virus and its spread. These public efforts also appear to shorten the time it takes for some countries to move through each threshold. As it stands, China is the only country with large levels of its population impacted to reach level six and begin returning to normal ways of living. After extended periods of isolation, many workers have returned to offices and factories, with the exception of areas hardest hit, such as Hubei province.

Nielsen’s Global Intelligence leader Scott McKenzie says the spending patterns identified across the various thresholds will be critical to understand as stores work to maintain supply levels of in-demand items.

“We’re already seeing additional markets enter the threshold of restricted living. As patterns begin to emerge in response to news events of this nature, it will be imperative for companies to learn from these scenarios so they can sustain growth even in times where COVID-19 has uprooted people’s lives. These patterns will help provide leading and trailing indicators to those trying to understand how people will respond as developments continue to play out at different times in different countries,” McKenzie said.

Nielsen states that it will provide ongoing updates on the impact COVID-19 is having on consumer purchasing as the global health crisis continues to evolve.