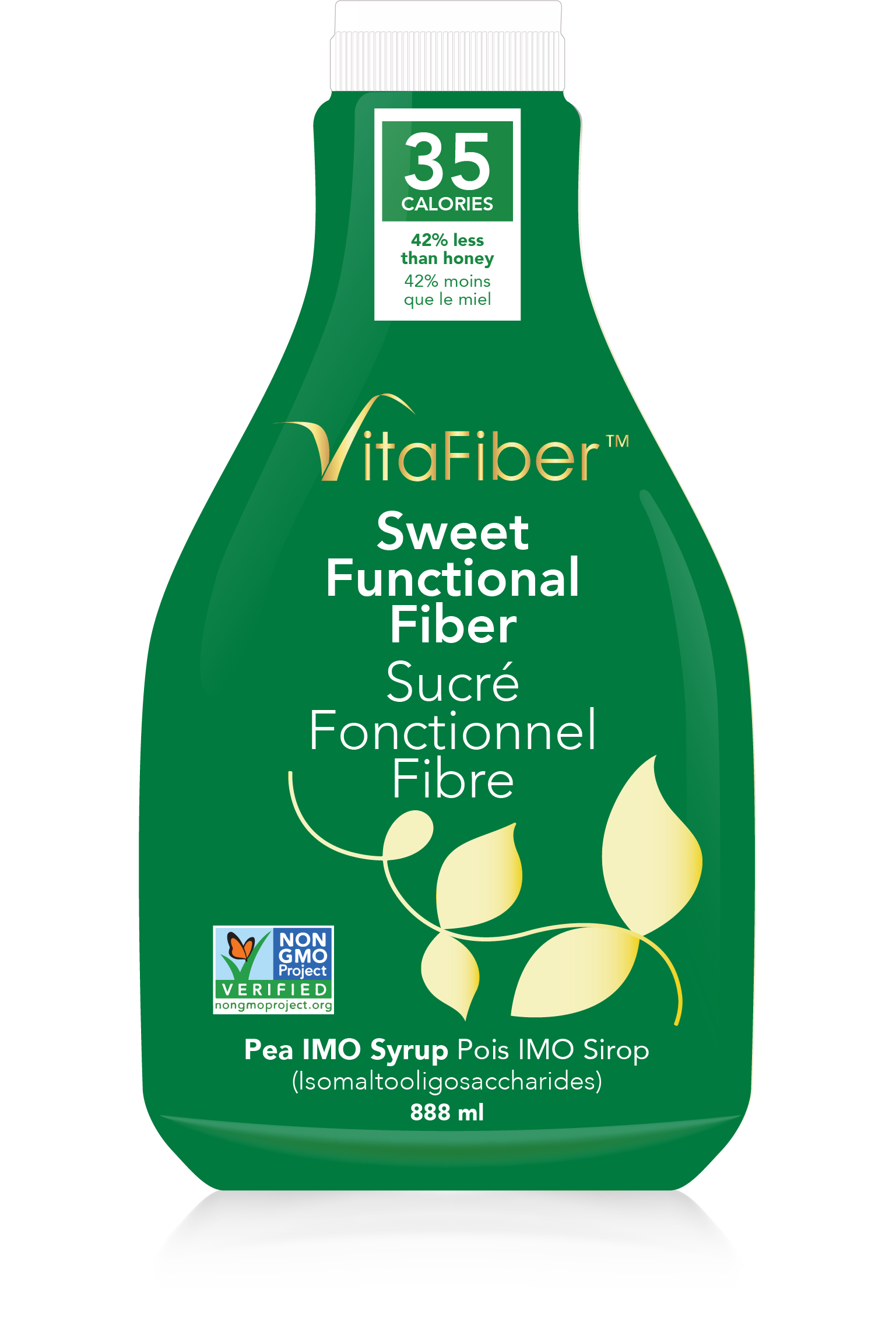 BioNeutra North America today launched its natural sweetener Vitafiber at CHFA East.  The company says  Vitafiber is  targeted at two of the world’s major health problems – bulging waistlines and digestive problems like irregularity. VitaFiber is scheduled to be on the shelves of select natural health food stores in Canada in six weeks as part of a national retail rollout.  A mass grocery rollout is planned for the future.

The name, VitaFiber,  is partly in recognition of the product’s fibre content and comes from Edmonton-based life sciences company BioNeutra North America. VitaFiber is made from the starch of natural plants such as pea or tapioca into a syrup or powder using a patented process. It is certified halal, kosher, vegan and comes in both natural and organic format.

Up until now, VitaFiber has been sold as a functional food ingredient to about 200 international (Europe, U.S.) makers of protein bars, yogurts, beverages, ice cream and confectionaries as a B2B product. Cumulative sales in the past six years have exceeded a total of more than $140 million. VitaFiber is also sold online through Amazon and Shopify.

BioNeutra North America developed the natural sweetener through a multi-million dollar research program that involved R&D at universities in three countries and the National Research Council. VitaFiber was approved for sale in 30 countries following the review of scientific studies and a clinical trial submitted by the Company to the world’s top three health regulatory bodies – the U.S. FDA, Health Canada and the European Food Safety Authority.

The CHFA East health food product show at the Metro Toronto Convention Centre runs from Sept 13-15 and is sponsored by the Canadian Health Food Association. Closed to the public, it attracts several thousand retailers who operate natural health food stores as well as the nation’s major grocery chains. More details about VitaFiber can be found at www.vitafiber.com.