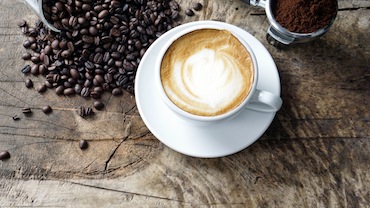 Silver Chef, a hospitality financier, released its report Coffee in Canada: an Unfiltered Look revealing that coffee purchasing habits have changed for four out of ten Canadians over the last year. Twenty-six per cent of Canadians say the quality of coffee is more important now than 12 months ago, and 27 per cent say cost has become a more important factor. Millennials in particular – which make up the biggest segment of Canada’s population at 22 per cent – have become more cost-conscious, with 34 per cent factoring in the cost of coffee to their decision-making process compared to 12 months ago.

“Here in Canada, our love of coffee remains, but we’re looking for a higher quality coffee at a lower price,” said Robert Phelps, the president of Silver Chef in a press release. “These factors are leading more Canadians to brew their own coffee, with 89 per cent of consumers brewing coffee at home, a habit that is new in the last 12 months for 18 per cent of Canadians. For roasters and coffee shops, there is an opportunity here for those that prioritize quality and offer a greater variety of bean choices for customers to enjoy in a coffee shop, or brew themselves at home.”

The report also shows that coffee still reigns supreme in Canada, with 83 per cent of Canadians drinking coffee, compared to only 22 per cent drinking tea. While Canadians on average drink two cups of coffee a day, Manitoba and Saskatchewan are home to the most enthusiastic coffee drinkers – with 18 per cent having five or more cups of coffee a day.