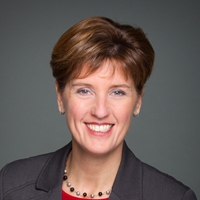 Marie-Claude Bibeau, MP for the Quebec riding of Compton-Stanstead since 2015, replaced Lawrence MacAulay as agriculture minister on Friday March 1, becoming the first woman to handle the ag portfolio.

MacAulay, the ag minister since 2015 and a Prince Edward Island MP since 1988, becomes minister of veterans’ affairs and associate minister of defence, replacing Jody Wilson-Raybould, who resigned from cabinet on Feb. 12.

Bibeau until now has served as minister of international development. In 2015 she won the Compton-Stanstead riding by a spread of almost 5,300 votes over incumbent New Democrat MP Jean Rousseau. The Bloc Quebecois had previously held the seat from 2004 to 2011.

On the international development file, Bibeau “helped refocus Canada’s international assistance on helping the poorest and most vulnerable people and on supporting fragile states,” Trudeau’s office said Friday in a release.

As ag minister, her “overarching goal is to support the agricultural sector in a way that allows it to be a leader in job creation and innovation,” Trudeau’s office said Friday.

“Knowing that Canada’s farmers, ranchers and food processors are the foundation of our food sector, she will help Canada’s agriculture sector be more innovative, safer, and stronger.”