Nestlé Canada is investing $51.5 M to expand its London, Ont. ice cream plant to keep up with increasing demand 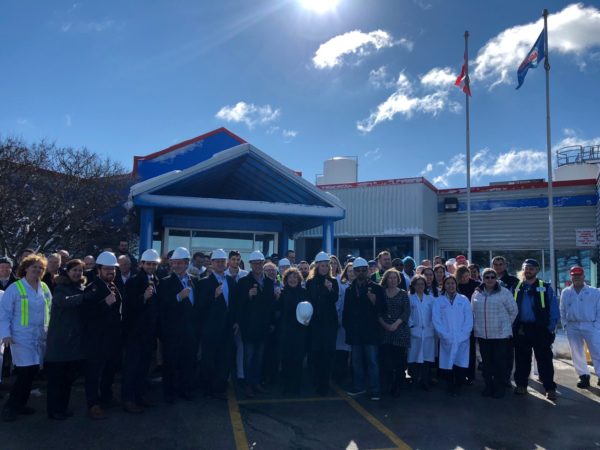 The company has announced in a statement that it is investing $51.5 million to expand its ice cream factory on Wilton Grove Road.

The factory manufactures such brands as Häagen-Dazs, Parlour and Drumstick. Nestlé says in the statement that the investment will help it “continue to innovate and bring new products to the market.”

Jayne Payette, Business executive officer for Ice Cream at Nestlé, says in the statement that the company is “excited” to be making the investment. “Our employees work hard every day to bring these great Made In Canada brands to our consumers and this investment allows us to bring even more exciting and innovative products to market,” she says.

Nestlé says it also received $390,000 in funding from the South Western Ontario Development Fund for an early phase of the investment. That phase “enhanced the cleaning technology for each individual production line, a step that was essential to the success of the expansion.”

The expansion is expected to add 12 new jobs at the factory and 45 jobs will move from seasonal part-time employment to full-time positions.

The statement says the factory began expanding in early 2016 by reconfiguring and consolidating production lines to increase its capacity and flexibility for Häagen-Dazs.

The company began the second phase by adding a second Drumstick line to meet demand.

A third phase, says the statement, included modernizing the existing processes to allow for greater flexibility within the production lines.

This latest expansion will see the factory increase its footprint by 9,000 sq.-ft. to create more capacity to grow Häagen-Dazs and other products. Production is expected to begin in early 2019.