NatureFresh Farms to expand its operations 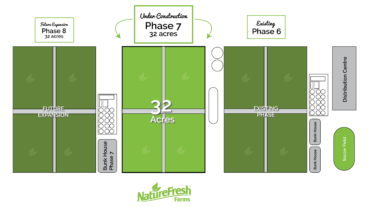 Leamington, Ont. – A new, 32-acre greenhouse is going up in Ontario later this year.

NatureFresh Farms announced in a statement that construction on the new greenhouse will begin this summer and it’s expected to be operational by 2019. 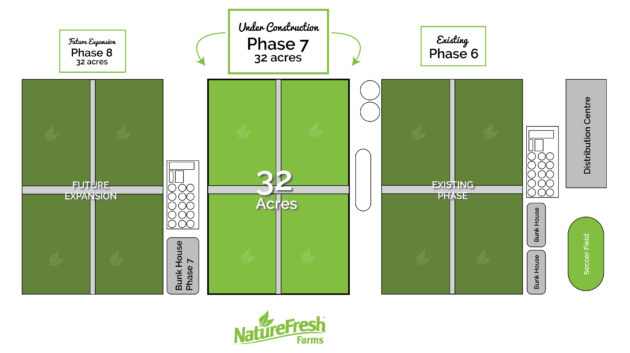 The company says the new facility will grow a variety of tomatoes “using supplemental lighting allowing for year-round production.”

In the statement, the company says it built a 45-acre facility in Ohio in 2015, where it also grows its TOMZ brand of Snaking Tomatoes, Tomatoes-on-the-Vine, and Beefsteak Tomatoes.

The company says “these crops are grown using High-Pressure Sodium (HPS) lighting, allowing year-round availability of Ohio-grown tomatoes. With supplemental lighting and other innovations being launched in the new facility, the Leamington, Ont. greenhouse will be equipped with the same state-of-the-art growing technologies as seen in Ohio.”