The McIntosh Apple celebrated its 200th anniversary this month and the Ontario Apple Growers (OAG) marked the event with a ball.

The OAG released 1,000 free tickets to the family event and within five days all the tickets were claimed.

The ball included treats, arts and crafts and face painting, educational trivia games and the world premier of the McIntosh Mix Up dance.

Participants were also invited to register to participate in the Guinness World Records attempt for the most people to bob for apples simultaneously. And the group broke the record, with 357 participants.

The previous Guinness world record for most people bobbing for apples was 226 in the U.K.

Also part of the event, participants were asked to bring apples to donate to Second Harvest. The OAG matched their donations for a total of 2,300 apples.

Some McIntosh facts – and lore – courtesy of EcoLivingLondon.org and Greenbeltfresh.ca.

• John McIntosh discovered the original McIntosh tree in Dundela, Ont. in 1811.
• Many other apple varieties stem from the McIntosh including the Cortland, the Lobo, the Melba and the Macoun.
• A house fire damaged the original tree but it continued to bear fruit on the unaffected side until it died in 1906.
• Every McIntosh tree and apple in the world is a descendent of the original McIntosh tree.
• The McIntosh apple represents approximately 25 per cent of Ontario’s total acreage.
• The McIntosh apple is grown in greater quantities than any other apple in Canada and the Northeastern U.S. combined.
• In recent years, the Ontario apple crop has averaged about 10 million bushels; that’s about 12.5 pounds of apples for every Canadian.
• Half of Ontario’s apples are sold fresh; the other half is used for processing.
• Ontario exports about 10 per cent of its apples.
• It is reputed that Steve Jobs, co-founder of Apple Inc. and Mac computers, named the company after the McIntosh apple in 1976 after spending the summer working on a friend’s apple orchard. 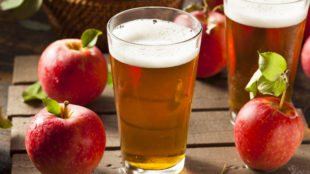 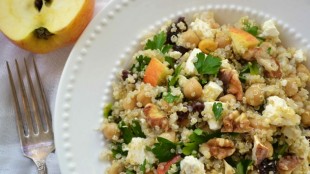 A new brand of apple keeps the brown away