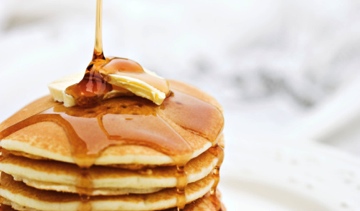 The Maple Industry Council (MIC), whose members buy and process 85 per cent of Quebec’s maple syrup production, is recommending setting up a roundtable to adequately assess the 21 measures proposed by Florent Gagné in his recent report “For a strong and competitive maple industry” (Pour une industrie acéricole forte et compétitive).

According to an MIC media release, Gagné’s report highlighted the issues facing the industry’s key players, and spurred the idea to gather representatives from the Fédération des producteurs acéricoles du Québec (Federation), the MIC and from the ministère de l’Agriculture, des Pêcheries et de l’Alimentation du Québec at the same table to discuss these issues. Collective marketing and market experts could be also called upon if required, according to the media release.

Consultation on these issues actually began a few years ago, according to the MIC: in September 2014, the Forest Lavoie Conseil firm released a study discussing the development of maple syrup production in North America (Étude sur le contexte de développement de l’acériculture en Amérique du Nord). The study was commissioned jointly by the Federation and the MIC, both of whom agreed to implement the plan of action resulting from the findings of this study, and the work is still ongoing.

According to the MIC media release, many of those findings are consistent with those of the Gagné Report, including the effectiveness of the system, the effect of the price based on supply and demand, the dynamic management of the reserve, the stakeholder consultation, the development of markets and the quality of the products.

The news release also explained that MIC administrators have unanimously resolved that the quota system should remain in place to ensure the stability on the markets, but that reforms are necessary to enable buyers to adequately market maple products and meet increasing customers’ requirements. To achieve this, authorized buyers need quality syrup in sufficient quantities for each category, and with a competitive purchasing price set according to economic indicators.

At the same time, the MIC says it is hoping that, following a public hearing scheduled for March 22, the Régie des marchés agricoles et alimentaires du Québec will render its decision permitting the Federation to increase the quota sufficiently as early as 2017.