Lufa Farms to be the worlds largest rooftop farm 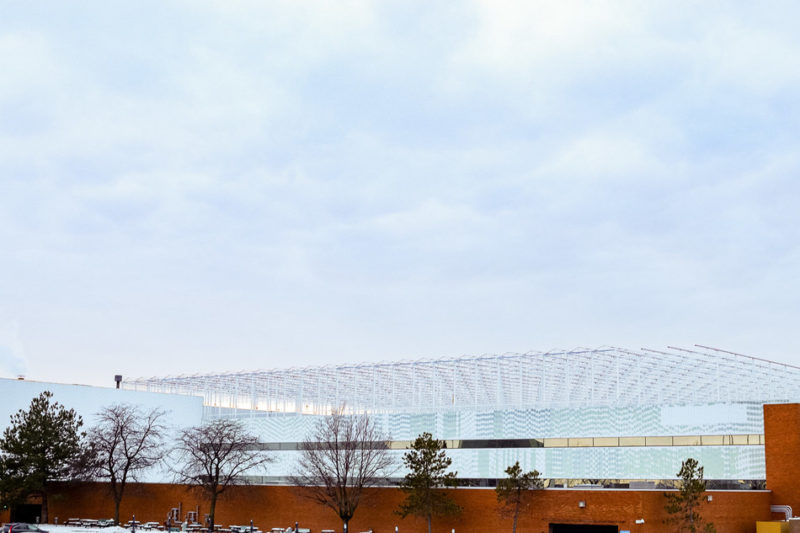 Lufa Farms is excited to announce the construction of its fourth commercial rooftop greenhouse, soon to be completed in the borough of Saint-Laurent. The greenhouse will measure 163,800 square feet (about three football fields), making it the largest rooftop farm in the world. Construction began in September of this year and is expected to be finished by March 2020. This milestone also coincides with the tenth anniversary of Lufa Farms’ founding in 2009.

This greenhouse repurposes an existing industrial rooftop to further their vision of growing food where people live and doing so sustainably.

The greenhouse will feature double-paned glass and two sets of energy-saving screens for improved insulation, and its integration with the building below provides additional thermal benefit to both structures. The greenhouse will also capture rainwater to be used in the closed-loop irrigation system, as well as offset waste with an on-site composting system. At this fourth and largest site, Lufa Farms will be growing eggplants and more than ten unique tomato varieties without the use of synthetic pesticides.

Lufa Farms’ most recent greenhouse will have a greater surface area than their three current greenhouses combined. “This rooftop greenhouse will double our growing capacity and allow us to feed two per cent of Montreal with fresh, local vegetables. It’s an unbelievable step forward for hyper-local, sustainable urban farming,” says Mohamed Hage, co-founder and CEO.