Longo’s brings back the Nutella Crêperie 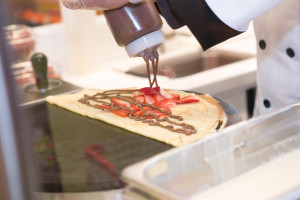 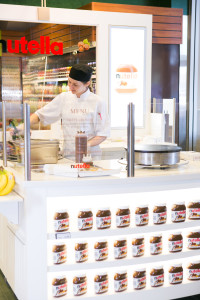 The Longo’s grocery chain in Ontario is teaming up with Nutella to launch the Nutella Crêperie at Longo’s once again.

Over the next few months, the pop-up crêpe kitchen will travel to Longo’s stores across the Greater Toronto Area (GTA), giving shoppers the chance to buy warm crêpes filled with Nutella, made fresh to order. The first stop is the Longo’s Maple Leaf Square location in downtown Toronto, starting May 2.

This isn’t the first time for this pop-up concept – the Nutella Crêperie at Longo’s made its debut in 2015. It was wildly successful: the Crêperie sold close to 10,000 crêpes last year as it toured 14 unique Longo’s stores through 17 rotations.

According to a press release, the collaboration is a natural one for Longo’s given that the family-owned and operated grocery chain and Ferrero Canada both have a shared Italian heritage.

While the first stop on the 2016 Nutella Crêperie at Longo’s tour is at the Longo’s Maple Leaf Square location, the full tour schedule is available here.

“We knew that our shoppers would be nuts for this concept. The goal of the pop-up is to create in-store excitement through a very special offering,” says Rosanne Longo, Longo’s Brand Ambassador and a longtime Nutella lover. “We’re delighted to once again serve up warm Nutella Crêpes to our shoppers through this amazing concept.”