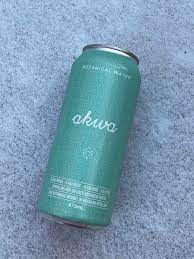 Elegant and rejuvenating with notes of refreshing citrus, floral and tropical fruits, Akwa boasts zero calories, zero sugar, and is 100 per cent vegan. The concept came from head brewer Jacob Schmidt, who wanted to serve taproom visitors a memorable drink sans alcohol. He experimented with several flavour profiles and combinations before settling on the Citra and Cascade hops, which lend the final product its distinctive sunny flavour hints.

“We’re really excited about the positive feedback Akwa has been receiving – it’s a real testament to Jacob’s commitment and passion towards crafting the perfect sparkling water,” said Josh Hayter, president of Spearhead Brewing. “In recent years, we’ve seen an overwhelming demand for health-conscious, zero sugar beverages that are fun to drink, and Akwa hits the mark like no other. It has all the antioxidant health benefits hops provide, without the bitterness – and it tastes amazing.”

Spearhead Brewing is no stranger to creating quality drinks that stand apart from competitors. The Kingston-based brewery produces a broad assortment of core and seasonal beers, and also contract brews for fellow breweries who don’t have the bandwidth to produce on a large scale. In 2020 alone, the company introduced five new beers and experienced a notable increase in traffic to its ecommerce site, while the taproom has welcomed the Kingston community in a safe manner during the pandemic. As a result of the brewery’s success, Spearhead Brewing has been able to partner with nonprofits like Loving Spoonful, Partners in Mission Food Bank, Hospice Kingston and the Canadian Centre for Gender and Sexual Diversity.

With the introduction of Akwa, Spearhead Brewing is encouraging the Ontario community to continue shopping local while indulging in a satisfyingly sippable drink that’s not only delicious but refreshing. Akwa is available for delivery throughout Ontario, and can be purchased online at www.AkwaWater.com.

To learn more about either Akwa or Spearhead Brewing, or to request samples of Akwa, media should contact Krystal Carter at Krystal.Carter@BeattieGroup.com.

About Akwa
Launched by Spearhead Brewing in 2020, Akwa is a refreshing zero alcohol sparkling botanical water bursting with the floral notes of Citra and Cascade hops. A pioneer in the hop water category, Spearhead Brewing has been releasing delicious and unique brews since 2011.

About Spearhead Brewing
Spearhead Brewing Company was founded in 2011 as a contract brewery dedicated to the centuries old tradition of brewing quality craft beer. Their commitment to quality and tradition led the way to their successful flagship brew, Hawaiian Style Pale Ale. Since opening their doors in Kingston, Ontario, their drive to release delicious and unique brews that embody the mantra, “Beer Without Boundaries,” is stronger than ever. Each release is carefully thought out by the father and son brew team, using time honoured traditional methods with a series of non-traditional ingredients, resulting in their signature Spearhead style.