In defence of “ultra-processed” foods 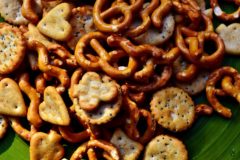 Ultra-processed foods, coined by a Brazilian pediatrician many years ago, have been targeted as a menace to society for quite some time, mostly by environmental advocates and health professionals. Few have dared to counter the argument and this massive movement against ultra-processed foods has clearly influenced policies around the world. At home, even Canada’s Food Guide recommends staying away from ultra-processed foods. However, the socio-economic implications of discouraging consumers to interact with these products have been underappreciated, for the most part. The challenge lies with what we are choosing to eat, rather than what food is processed.

Nearly a decade ago, the public and personal health value of processed foods suddenly came under great scrutiny. Consumers not only questioned the value of processed foods, but they also contended that these foods contribute to chronic non-communicable diseases, even cancer. Proponents of this argument claim that such foods are not a solution but contribute to unhealthful dietary patterns.

Perhaps, but these views point to a much broader issue: never before has food been blamed for so many societal ills while simultaneously remaining completely misunderstood. This is the case that three major influencers of the food industry recently spoke about at the International Food Technologists Conference in New Orleans, an event where more than 30,000 academics and industry pundits met to understand the future of food. Julie Miller Jones, distinguished scholar and professor emerita at St. Catherine University; Susana Socolovsky, president of the Argentine Association of Food Technologists; and Kantha Shelke, principal at Corvus Blue and a frequent commentator on NPR News were those speaking on this topic. One after another, these three thought-leaders labelled ultra-processed foods challengers as classist and even sexist.

One point they emphasized was the time that food processing allows consumers to save. Acquiring these products means less time in the kitchen, and since most of the cooking in most households is still done by women, it allows women to conduct other non-household related activities and contribute to the overall economy. Chart after chart, they demonstrated that families with fewer means often have less spare time since they work longer hours for less pay. Decades ago, six hours of cooking was required to prepare three meals for a family of four and, of course, women spent most of that time doing only that. Food processing has allowed the same family to accomplish the same task in less than 40 minutes. For older folks staying at home, even if someone remains cognitively and physically fit, they often get tired and will require some assistance with food preparation. In order words, the narrative suggesting that ultra-processed foods should be outlawed completely overlooks the contribution that food science has made for over more than a century now. Processing has allowed women, the elderly, and the less privileged to be more independent.

Processing has made an undeniably significant contribution to our food systems. What is largely forgotten, though, is how processing protects us against post-harvest loss and has ensured food availability year around. Most consumers may not know that processing reduces waste and has made more foods edible and palatable. These foods enhance food quality, remove potential innate toxins, and improve nutrient bioavailability. Most importantly, processing adds nutrients and supplies food that improves public health. Most studies on processed and ultra-processed foods have associated rising obesity rates with the consumption of processed or ultra-processed foods. While these observations are largely correct, most have not demonstrated, beyond a reasonable doubt, a clear causational relationship between the two. Ultra-processed foods may play a part in an unhealthy lifestyle but cannot be considered as the main contributor. In fact, there is a stronger association in the U.S. between obesity rates and running shoe sales than there is between obesity rates and ultra-processed foods. Oversimplified analytics can lead to treacherous conclusions.

Admittedly though, food processing has marketed awful products as well in an effort to offer more convenience to consumers. Food processors are more attuned to current market trends. At many food technology shows in recent years, many new healthy products are showcased, suggesting that someone is listening.

Eating well requires a person to go back to the basics: choose smaller portions, eat fruits and vegetables, eat whole grains, help yourself to a balanced portfolio of proteins, and sometimes enjoy a donut -, occasionally,­­ but not every day. The work on ultra-processed foods in recent years has stigmatized many food products and has labelled an entire food industry as reckless. Many processed foods are healthy and provide much-needed nutrients to consumers pressed for time and money. Food reformulation is a viable way of improving nutritional profiles and nutrient intakes, and that is what many food processors have done over the last few years. So in essence, there is some merit in saying that condemning ultra-processed foods is discriminatory.

Someone once said that the greatest obstacle to discovery is not ignorance but the illusion of knowledge. It seems the anti-ultra processed foods movement should show a dash of humility.