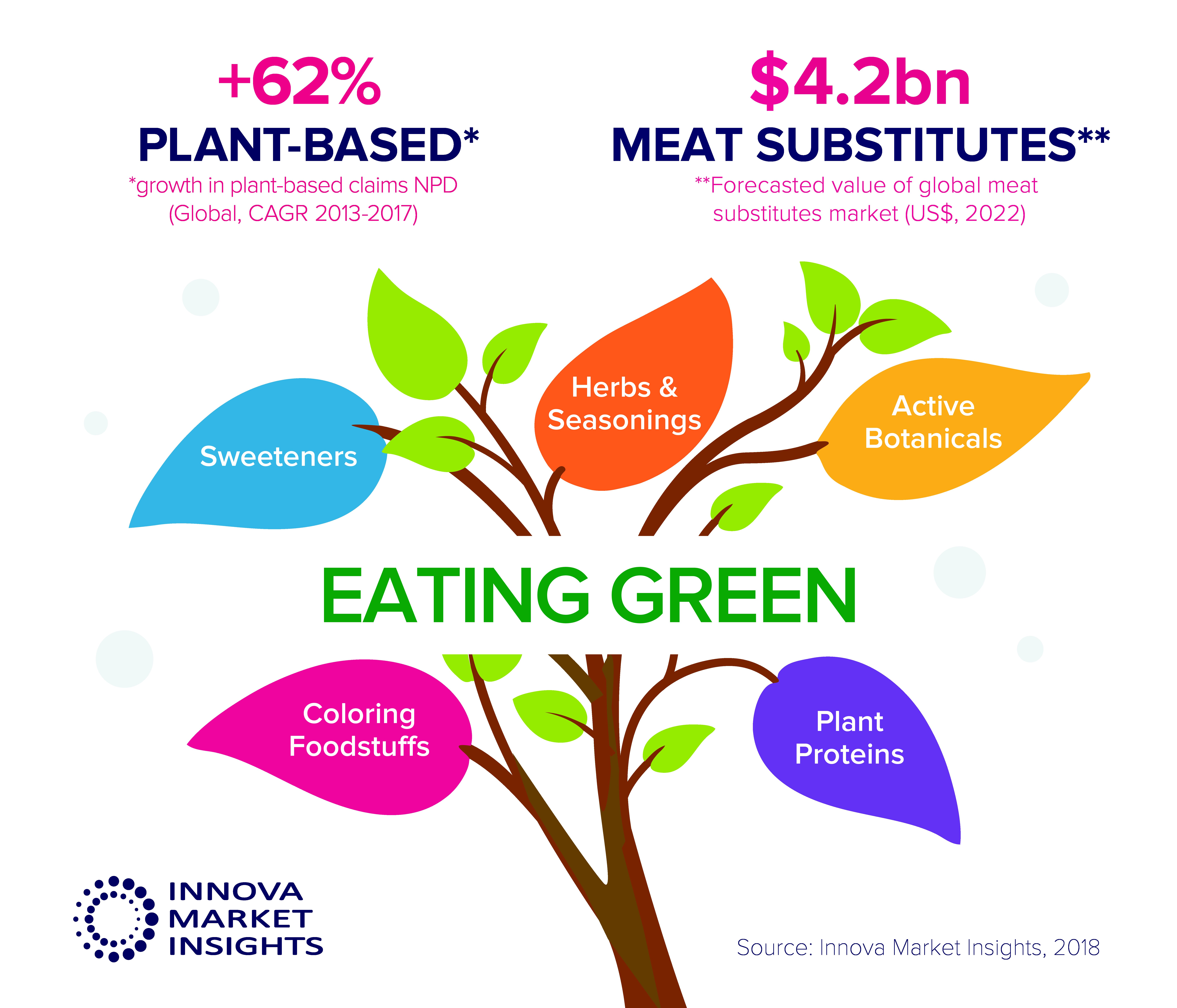 Plant-based product claims have risen 62 per cent globally since 2013 due to growing consumer interest in health, sustainability and ethics, a new report issued by Innova Market Insights says.

“The dairy alternatives market has been a particular beneficiary of this trend,” said Lu Ann Williams, director of Innovation at Innova Market Insights in a release. “With the growing availability and promotion of plant-based options to traditional dairy lines, specifically milk beverages, and cultured products such as yogurt, frozen desserts and ice cream,” she said.

The dairy alternatives category was largely pioneered by and continues to be led by beverages. Global sales of dairy alternative drinks are set to reach US$16.3 billion in 2018 and they accounted for more than eight per cent of global dairy launches recorded by Innova Market Insights in 2017, up from seven per cent over 2016.

Actual global launches have more than doubled over a five-year period.

Spoonable non-dairy yogurt has also seen strongly rising levels of interest, but from a smaller base, with a 48 per cent increase for the 2013-2017 period taking its share of dairy launches from less than 0.5 per cent in 2012 to 1.5 per cent in 2017.

According to Innova Market Insights’ consumer research, one in three U.S. consumers have increased their consumption of plant-based milk or yogurt in the two years to the end of 2017.

“In the move to offer something new, we are starting to see an increasing variety of non-soy plant-based ingredients, including cereals such as rice, oats and barley,” notes Williams. “We also noticed an increase in nuts, such as almonds, hazelnuts, cashews, walnuts and macadamias, as well as coconut and more unusual options such as lupin, hemp and flaxseed.”

Interest in plant-based eating is clearly reflected in developments in the meat substitutes market, where global sales are set to grow to US$4.2bn by 2022. The range of ingredients used for meat substitutes includes vegetables and grains, as well as traditional sources such as soy and specialist manufactured brands such as Quorn and Valess.

Gravitation towards plant-based diets in general, along with interest in vegan, vegetarian and flexitarian lifestyles and concerns over animal welfare, have together served to increase interest of 11 per cent increase for the 2013-2017 period. Research also indicates that four in 10 U.S. consumers increased their consumption of meat substitutes or alternatives during 2017.

Innova Market Insights will present new data on all the key consumer trends driving the industry at booth #S0460 at the IFT Food Expo in Chicago on 16-18 July 2018.